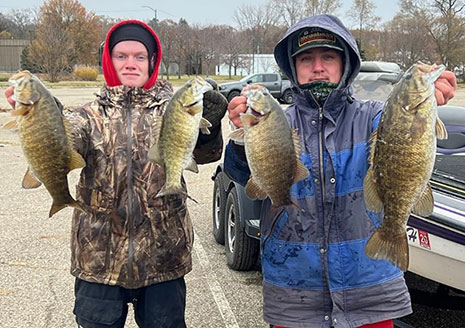 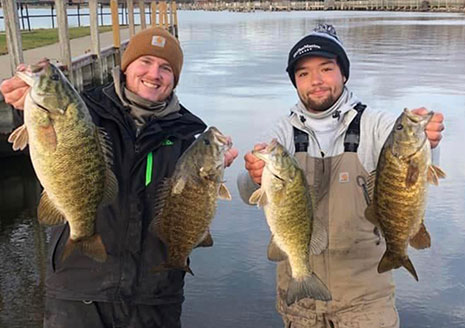 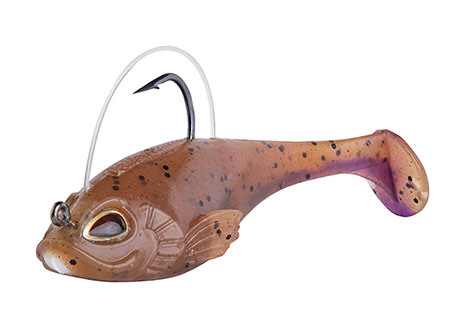 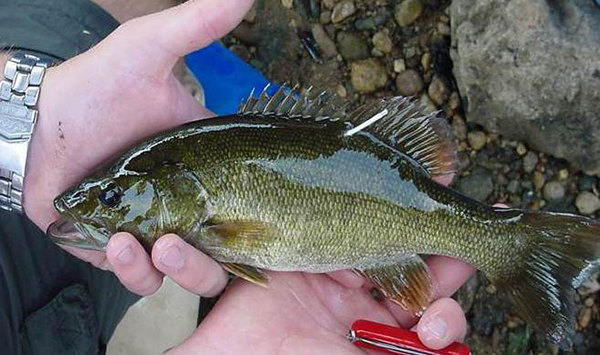 That is a bit contradictory given the common belief that smallmouth bass are nomadic. That may be the case in lakes, but not necessarily in the St. Joseph River.

At least that’s what Dar Deegan, aquatic biologist for Elkhart and St. Joseph counties, has been discovering in his analysis of an ongoing tagging study his office has conducted since 1998.

Deegan spends his time monitoring water quality and the health of fish life in St. Joe and its tributaries. While conducting on-the-water research, he collects some gamefish with electro-shocking methods and records growth data and their overall health condition.

River researchers have placed tiny tags in the backs of smallmouth, walleyes and a few largemouth that measure 12 inches or bigger before the fish are released.

The tags have small print that alerts anglers to contact him when they catch the tagged fish. Each fish carries an identification number. The Michiana Walleye Association has helped finance the project through a donation.

“When an angler calls us with the information, it helps us learn more about the habits of that fish since it was tagged,” said Deegan. “We learn about its movement, how much it’s grown and other data that helps us understand river conditions.”

The angler benefits as well. Deegan will tell the angler where in the river the fish was tagged and how old it is and any other data he’s collected.

“The angler doesn’t have to kill the fish or remove the tag,” Deegan explained. “If he wants to release it, he can clean algae off the tag, get a clear picture of the identification number with his cell phone, measure the fish and call us with the info.”

The reports he’s received so far has led him to believe smallmouth tend to stay in the same areas throughout the fishing season. However, it also supports the fact gamefish do migrate during different seasons.

For example, one smallmouth that biologists captured a few years ago under a fallen tree was tagged and released about a quarter mile downstream. Several weeks later, his crew shocked up the same smallmouth from under the same tree!

Deegan wasn’t that surprised since other river tagging studies in the Midwest have shown that smallmouth bass will spend their lives in the same area in which they were born.

Interestingly, tributary smallmouth (bass in Christiana Creek, Elkhart River and Baugo Creek) will spend their summers in the creeks but do migrate down to the deeper main river section when water temperatures drop in the fall. They will spend the winter in the main river then migrate back to the creeks in the spring.

“We’ve had anglers catch fish in the winter in the St. Joe and we will find that same fish up in a creek that next summer,” Deegan said.

Other results show that walleyes run up the streams or the upper river in the spring, which is obvious by the number of walleyes caught below dams early in the year.

“After the spawn, they migrate downriver to get in the slower current and stay there during summer and winter,” he said.

The study also confirms that some walleyes - about 10 percent according to his study results - get swept down river. Fish he’s tagged in Elkhart and Mishawaka have been caught in the subsequent river impoundment downstream.

Deegan said largemouth don’t show the same fidelity to a river as he’s seen with smallmouth. In fact, he’s recorded largemouth that swim out of the river up Trout Creek and get caught by an angler in Michigan’s Long Lake - a 15-mile journey!

“I suspect some end up going back to the river, but I haven’t been able to document that,” Deegan added.

Deegan plans to tag approximately 300 more fish this summer and hopes that anglers will spread the word and report their catches of tagged fish.

“Anglers have told us they have caught our tagged fish in tournaments and released them because they didn’t want to hurt the fish,” he said. “We understand and appreciate that, nor do we want them to remove the tag. If they can handle the fish carefully and get us the data off that tag it helps immensely. The more reports we get, the more we can learn about our gamefish and share that knowledge with anglers.”