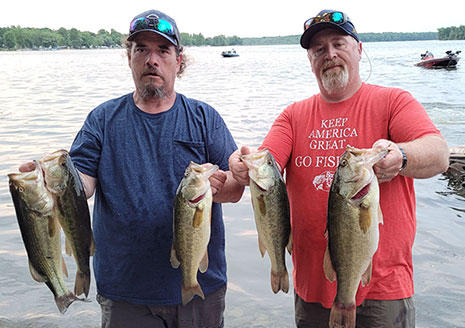 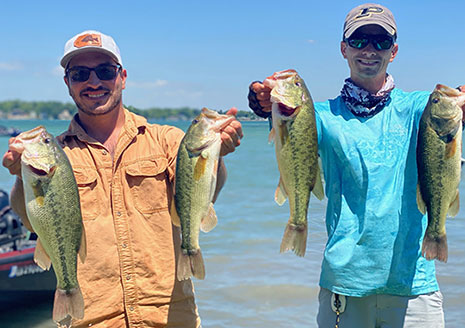 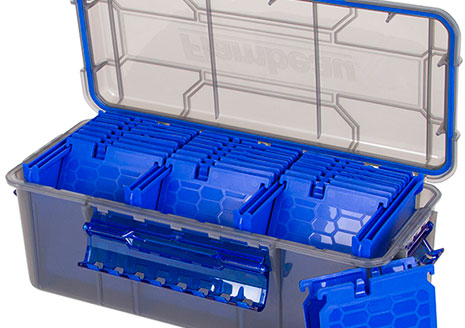 A Rant Over Launch Etiquette 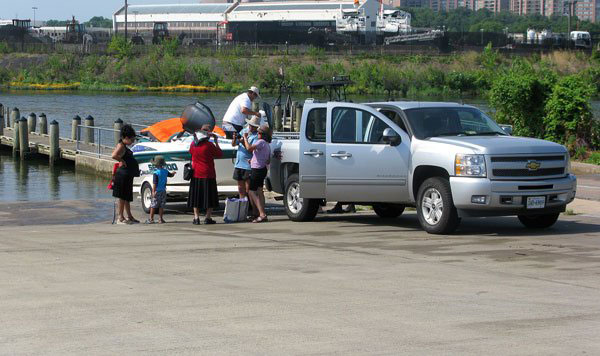 Excuse me while I rant this week.

Admittedly, I’m not very patient. It’s a flaw, I know. But so is being an inconsiderate, lackadaisical schmuck who holds everyone up.

It happens everywhere. Like, the other day I stood in line for 15 minutes behind several people at a fast food joint. I was headed to the lake, wanted a bite to eat and figured McDonalds could keep me on schedule.

Wrong. Of course, there were the stereotypical indifferent behind the counter. We’ve come to expect that.

But when the lady customer in front of me - who waited in line as well - finally gets her turn to order, she steps to the counter and says, “Oh gee…I don’t know what I want” and then wants to play 50 questions with the apathetic girl wearing golden arches on her shirt.

I was good, avoided saying what was on my mind, bit my tongue, got my order and left – in a huff.

So what does this have to do with the outdoors? Try visiting one of Michiana’s boat launches on a Saturday or Sunday afternoon.

Thoughtless people will sit in vehicles waiting to load or unload their boat. But when it’s their turn to back their boat toward the ramp, they’ll get out and start loading gear from the tow vehicle on the ramp. They just spent 5-10 minutes doing nothing while waiting – time that could have been spent readying the boat. Instead they slowly unstrap the boat, toss in gear, coolers and lollygag while tying up the launch.

One day I eased up the dock wanting to load my boat after a morning of fishing. There sat a pleasure boater, boat tied to the dock, chatting with his spouse. I asked if he was going into the lake or taking out, and he informed me that he was waiting for his friends to arrive and they should “be here in the next 10-15 minutes.”

Apparently, no one has ever heard of boat launch etiquette. It doesn’t require experience, just a little God-given common sense.

One day at Diamond Lake there was line of a half dozen vehicles waiting to launch or load their boats. Some dude pulls his boat out the water just far enough to block anyone from going around him to launch on the other side of the two-sided ramp.

What does he do? He decides to unload his gear and wipe down his boat. If he pulled ahead another 30 feet, he could have accomplished the same without disrupting launch traffic.

I, ummm...sorta reminded him that he wasn’t the only one at the ramp and suggested he pull out of the way.

It got me a dirty look but I got the message across.

Want more? How about the boater who launches his boat then pulls haphazardly into a parking spot? His trailer and tow vehicle are straddling two spots and essentially eliminates one of the few parking spots remaining.

It’s bad enough that our access areas and parking lots are poorly designed and limited. But when a selfish boater doesn’t take the time to stay between the lines, he’s cheating someone of not getting access to the lake because he hogged two spots.

How about the people who meet their fishing partners at the launch and park their cars in a spot reserved for a boat trailer? The two could have met elsewhere and utilized only one parking slot.

So there you have it. Yes, I am a grumpy old man, but I have low tolerance for inconsiderate folks. Our recreational time is precious and our limited access areas are crowded. Show a little respect for others when around the boat ramp.

Or when ordering a Big Mac.