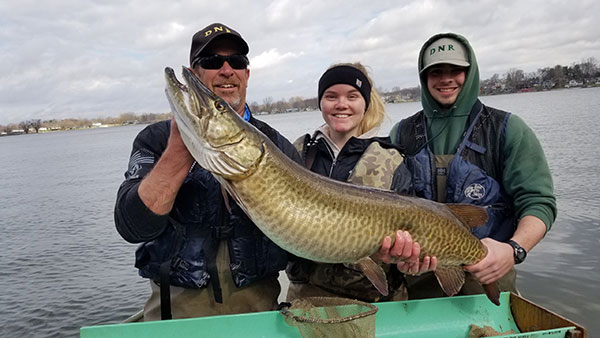 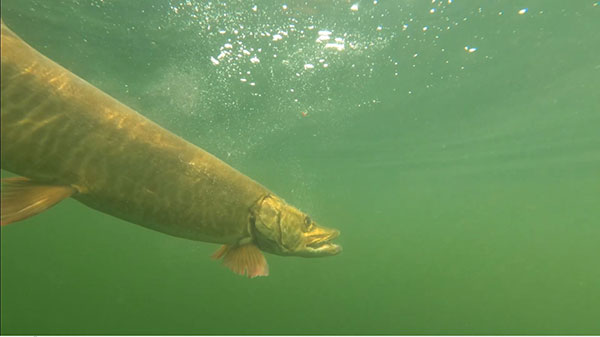 The fish were stripped and fertilized at Lake Webster bank and then released safely back into the lake.

Those eggs went to the Fawn River Hatchery in northern Indiana before being shipped to the East Fork Hatchery in southern Indiana where they will be hatched and fed to a stockable (10-inch) size this fall. Webster produced all of the eggs for all Indiana muskie lakes.

Some fish will be held over until next spring when they will be bigger (13 inches). It’s part of an experimental project that started in 2016 and has produced tremendous results so far.

DNR officials hated missing last year’s egg-take but point out that muskie lakes are less vulnerable to missed stocking years because the fish live so long and most muskie anglers practice catch-and-release. In addition, Webster has a 44-inch size limit while the muskie minimum for the rest of the state is 36 inches.

Muskies grow rapidly at first but taper off. Males grow slower than females.

The lake took a hit a few years ago when survival wasn’t good. Adjustments were made at the hatchery and in stocking cycles, which resulted in better survival and more fish in the lakes.

And while there weren’t many giant muskies caught during the netting project, the high number of fish captured was a positive indication.

“I think we’ll be seeing really big fish at Webster within five years,” Delauder added. “For numbers, this lake is the best you can find in Indiana.”