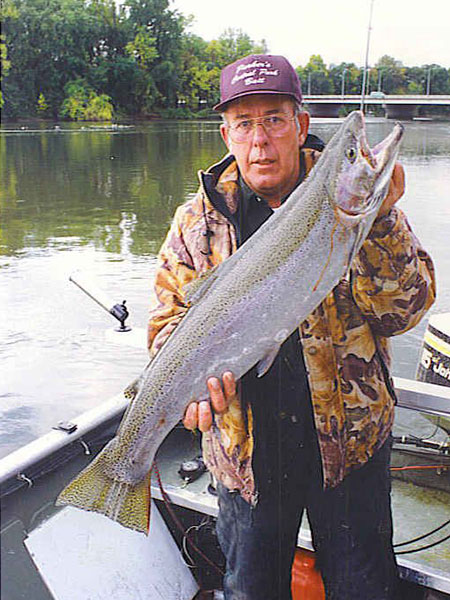 St. Joseph River anglers lost a true friend and one of the rivers best ambassadors with the passing of Dick Parker early last week.

If you are a steelhead fisherman, you knew Dick. He and his former wife, Marianne, have run Parkers Central Park Bait and Tackle in Mishawaka for 23 years. He also was a past president of the Michiana Steelheaders.

His business was one of the few remaining mom and pop tackle shops in this area, a place where you could not only gear up for river fishing, but also learn how to fish.

Ask anyone who knew him and they will tell you Parker was one the areas best teachers of river steelhead fishing. 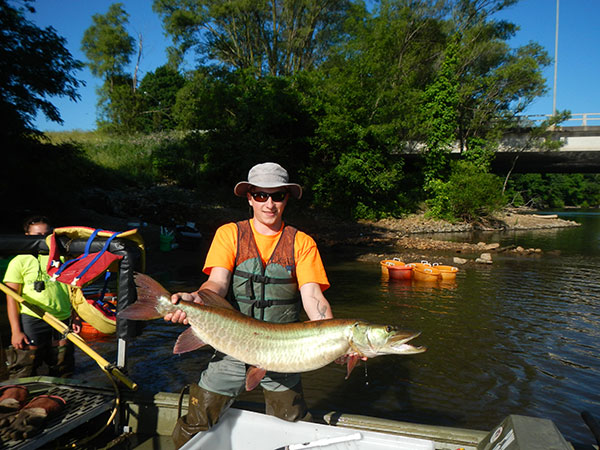 You never know what you might catch in the St. Joseph River, a fishery that hosts just about every freshwater fish available to this part of the country.

But theres one that periodically shows up in surveys that continues to puzzle biologists.

Another example of that popped up this year when Dar Deegan and his survey crew. Deegan is the aquatic biologist for St. Joseph and Elkhart counties assigned with the task of monitoring water quality in the river.

Deegan and his crew frequently capture river fish to monitor the health of various species of fish. When you have healthy fish, you have a healthy river.

Anyway, one day while shocking below the Twin Branch dam, they encountered a monster muskie -a 43-inch beauty that was estimated to be around 19 pounds.

Muskies arent stocked in the St. Joseph River, and honestly, nowhere near there. Yet, Deegan has come across some dandies while doing river research over the years.

A Belly Full of Bluegills

Biologists encountered this 13-inch bullheadl that had 18 bluegill in its stomach.

You wont find a better example of how fish are opportunistic feeders than this.

The photo supplied with this story is living proof. That 13-inch bullhead catfish was captured in a net by Indiana fisheries biologist Tom Bacula while surveying Loomis Lake near Valparaiso.

Biologists were assessing fish populations on Loomis as they do every year on various lakes. The bullhead catfish pictured was discovered in a net along with dozens of other fish.

Capturing bullheads is not that unusual. But this one was.

The fishs stomach was bulging and twitching, said Bacula. It was the fattest and most unusual bullhead I had ever seen. I wanted to see what was in there.

It’s Never Too Late to Fish 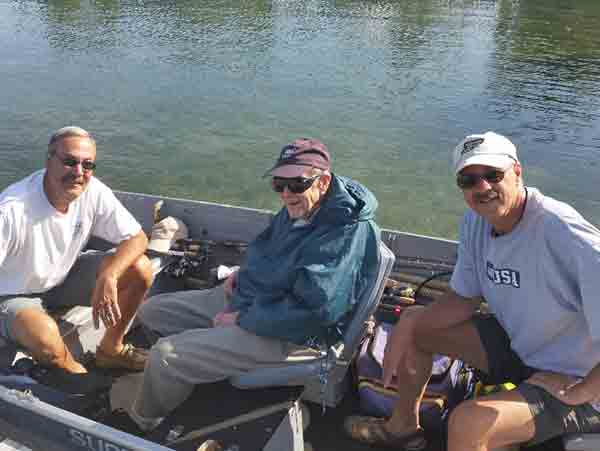 It was a special Fathers Day for the Barnbrook family.

Its been a couple of years since Jim and Timm had their dad in the boat. Back problems kept him landlocked.

But a few weeks ago when Michigan offered a free fishing weekend, Don Barnbrook was feeling a lot better. Jim, age 66, and Timm, age 64, put dad in their boat at Donnell Lake near Vandalia and treated him to a day of pike fishing.

It went so well, they bought him a fishing license on Fathers Day and took him back to Donnell where they have a cottage.

We didnt catch much that day but its OK, said Jim. We had a good day on the water.