I Am Bassmaster’ Cover Honors Anastasia Patterson’s Passion For Sportfishing 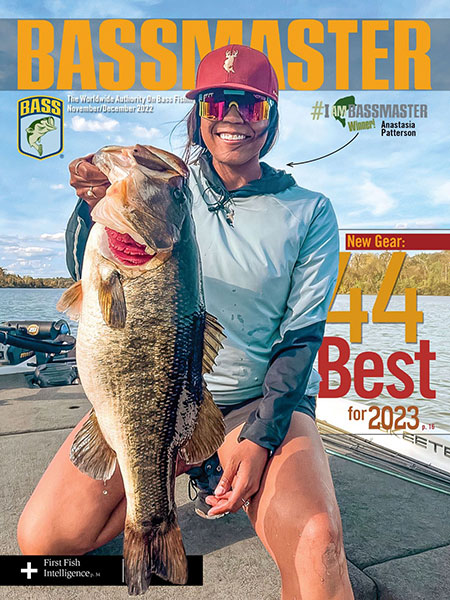 Besting a field of nearly 800 other B.A.S.S. members in the “I Am Bassmaster” cover photo contest, Anastasia Patterson of Sumter, S.C., is living out a calling for competitive angling that started when she was just eight while serving as an ambassador for the sport.

“I have so many Bassmaster magazines I have kept over the years, gotten some signed and even used them to help me learn new techniques,” said Patterson. “I never imagined I’d actually be in one, much less on the cover, and it really motivates me to work hard and fish harder so this hopefully won’t be the last time.”

More than 16 years ago, Patterson declared her desire to be a professional angler while attending the Elite Series Santee Cooper Showdown. Now balancing a career in event planning with tournament fishing, Patterson frequently went hunting or fishing before competing in pageants in middle school and high school. And while focused on breaking into the highest ranks of professional angling, she draws on past hurdles and doubters to help push her to succeed.

“I recognized that there weren’t many people on that stage who looked like me,” said Patterson of that tournament at Santee Cooper. “Not just the color of my skin, but the fact that there were no women.

“I told a guy in high school that I wanted to fish professionally, and he said that a woman would never make it, period. I let that swim around in my head for a while. Then, I decided to use it as fuel.” 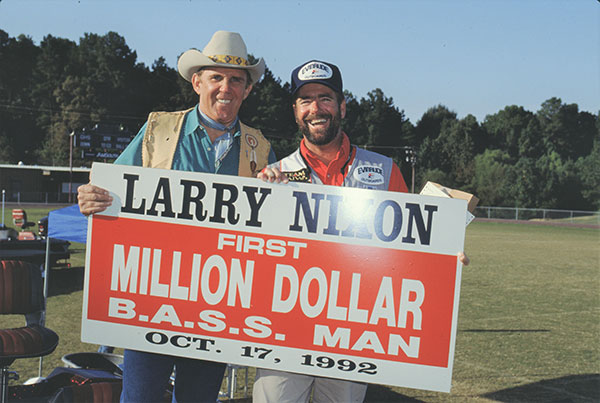 Bassmaster Classic champion and two-time Angler of the Year Larry Nixon will be among the Elite Series field when the 2023 season kicks off on Lake Okeechobee, Fla., on Feb. 16 officials announced today.

“I’ve missed B.A.S.S. for 16 years ... B.A.S.S. has always been at the top of my list,” said Nixon, a Quitman, Ark., native. “This is something I’ve wanted to do for the past 2 to 3 years, and I am super excited to have the opportunity. And I want to make the Classic and hear that roar again.”

The first Bassmaster millionaire, Nixon’s consistency on the trail has been unmatched. For 12 seasons between 1977 and 1988, Nixon never ranked lower than eighth in the Angler of the Year points standings. For nine consecutive years — 1979-1987 — he was in the Top 5, with AOY titles coming in 1980 and 1982. In addition to winning the 1983 Bassmaster Classic on the Ohio River, the 25-time Classic qualifier finished in the Top 10 an astounding eight times.

How to Texas Rig with ElaZtech Baits 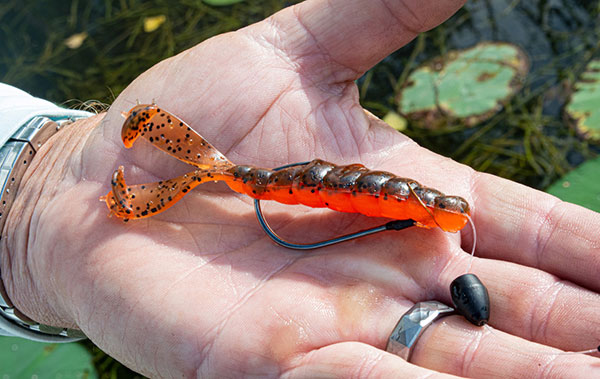 While ElaZtech’s Z-man lure qualities produce livelier underwater movement and more fish per bait, they come with a learning curve, especially when rigging the baits.

Here is how some of the company’s pros rig theirs:

“Because the material is so soft and flexible, it compresses easily,” explains MLF Pro David Walker. “This makes ElaZtech baits super effective when rigged on an exposed hook. Baits like the Finesse TRD™ or a MinnowZ™ on a jighead are great fish catchers—and fish-hookers. It’s because their free-flowing movements elicit strikes; and because the soft compressible material moves out of the way and allows the hook to penetrate.

“With Texas rigging, it’s a slightly different story,” he admits. “Keeping the hookpoint hidden in the soft material was the first challenge, but also a great exercise in learning how ElaZtech works.” Following countless trials with different hooks and rigging configurations, Walker, Feider and other pros landed on specific schemes that produce high-percentage hookset ratios.

For Walker, rigging routines for baits like the Hella CrawZ™, Turbo CrawZ™ or Palmetto BugZ depend on light versus heavy flipping situations. In light cover, Walker leans on the Palmetto BugZ, rigging it on a 4/0 wide gap EWG hook. “Slide the hookpoint into the bait’s head and back out about three-quarters of an inch down,” he explains. “Rotate the bait 180-degrees and pull the body slightly forward before planting the hook back into the bait’s belly, pushing the hookpoint just through the material. Then, slide just a ‘skin’ of ElaZtech back over the hookpoint for a light barrier of protection.