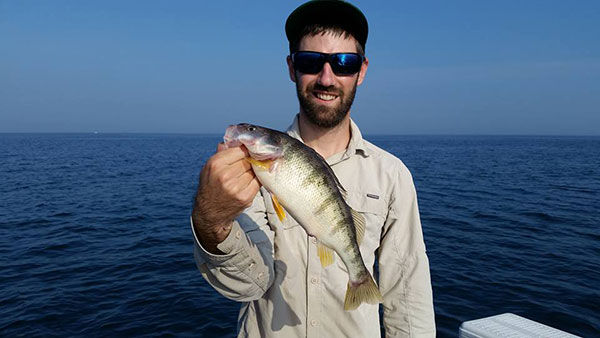 Some may find the hot weather unbearable, but it’s been a Godsend for Lake Michigan perch anglers.

Perch fishing was outstanding last week with a lot of nice ones being caught.

Lake Michigan biologist Ben Dickinson said he’s seen quite a few 10 to 12 inchers caught with a few in the 14- to 15-inch size range.

Of course, quite a few smaller ones are being caught as well, but this has been one of the best perch fishing seasons the southern end of the lake has experienced in quite a few years.

It all occurred because Lake Michigan water temperatures were soaring, the fish were close to shore and there were light winds. That can all change with a big wind and weather change.

At mid-week, water temperature was 79 on top and 75 degrees 16 feet down. The thermocline – a band within the water column where temperature and oxygen levels drop – was around 35 to 40 feet deep.

Minnows have been the bait of choice, either drifting them near the bottom or by long-lining them on Lindy rigs.

Stream fishing for steelhead hasn’t fared as well. The hot weather put the brakes on any summer-run steelhead movement into the tributaries, Dickinson added.