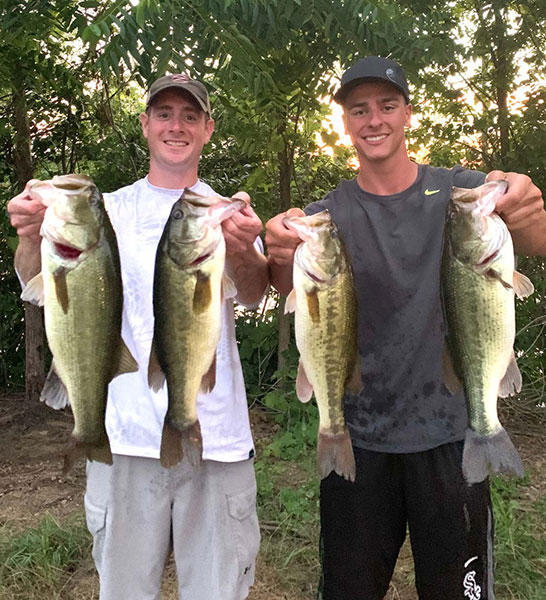 Hunter Zona and Ben Harrison continued their domination of the Arjay’s Wednesday night circuit with a big win at Lake Templene.

The winners had five fish tipping the scales at 14.03 pounds that included big bass of the event, a 4.26 largemouth, they caught on the last cast of the night. They caught them on Ochos and creature baits. 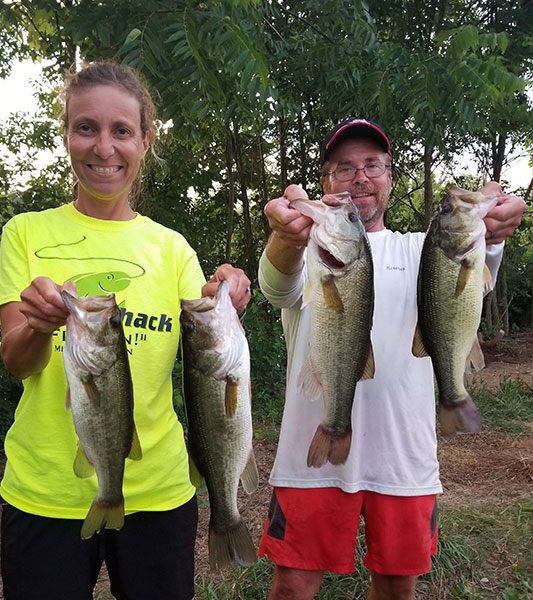 Steve and Amy Martin were second with four weighing 8.10 while Doug and Eric Sanderson had a limit that weighed 7.82. 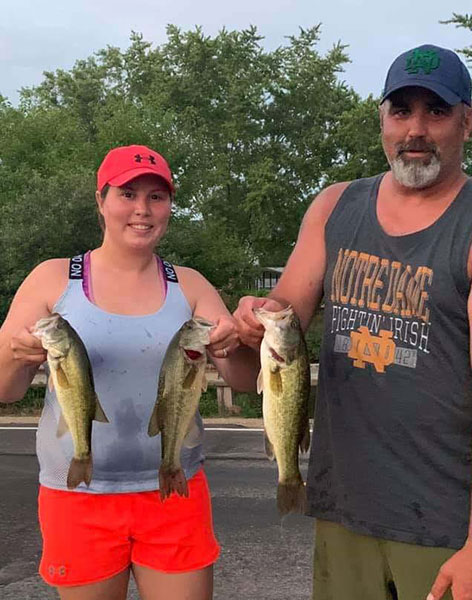 Ryan Miller and Chris Bundy were fourth with 7.30, Cody and Mike Steckel were fifth with 5.12 and John and Ashley Miller sixth with 4.18.

The junk fish pot went to the Longs for a 2.08 pound dogfish.