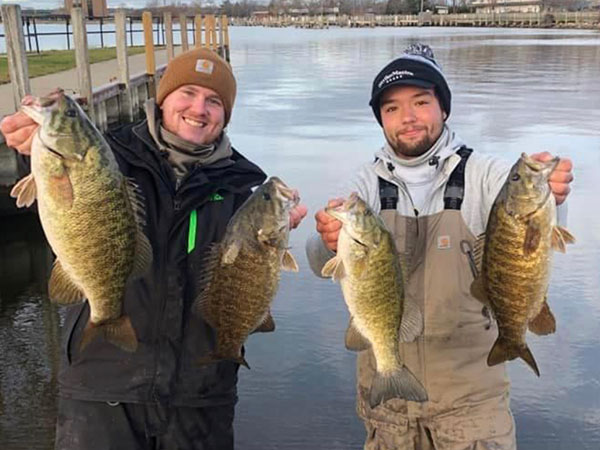 The duo caught their fish on Ned Rigs and blade baits fished slowly in deep-water current breaks. Their biggest smallmouth weighed 5.48 but it wasn’t big enough to take the big bass pot ($50) which was won by Jarrod and Bryce (no last names provided) with a 6.30-pound smallmouth.