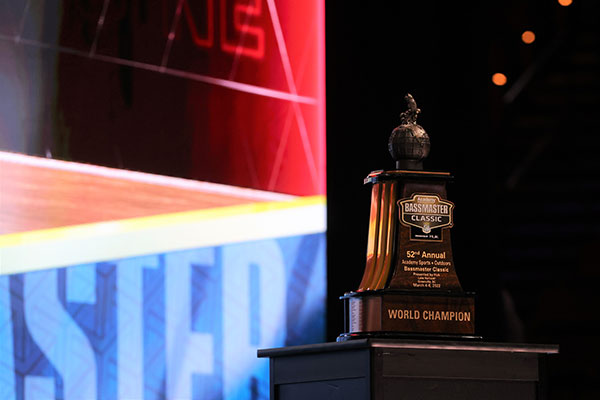 When a world champion of fishing is crowned at the 2023 Academy Sports + Outdoors Bassmaster Classic presented by Huk, the angler will hoist a familiar trophy emblazoned with a legendary name. B.A.S.S. officials announced today that the famed Bassmaster Classic trophy will be named in honor of the organization’s founder Ray Scott.

Scott, who passed away in May at the age of 88, founded the first national professional bass fishing circuit, the Bassmaster Tournament Trail, in 1967 and the following year founded B.A.S.S., which grew to become the world’s largest fishing organization.

“Ray Scott’s passion and vision for bass fishing more than 50 years ago created not only the B.A.S.S. organization but our entire industry,” said Chase Anderson, B.A.S.S. CEO. “We could think of no better way to celebrate his lasting legacy than by officially naming the most iconic trophy in sportfishing — the Bassmaster Classic trophy — in his honor. It is often said that winning the Classic etches an angler’s name on the pages of bass fishing history, but it is a book that would never have been written without Ray.”

Scott’s brainchild, the Bassmaster Classic, grew from two dozen competitors and a smattering of spectators at Lake Mead, Nev., in 1971, to become the biggest event in sportfishing over the next half-century. Today, the Classic and related events such as the Bassmaster Classic Outdoors Expo record more than 100,000 fishing fans each year and boast an economic impact of more than $30 million for host communities.

Aspirations of fishing in the Bassmaster Classic have drawn generations of anglers to tournament fishing.

“I can remember being a kid, getting up to watch The Bassmasters with Ray and Bob Cobb,” said 2022 Bassmaster Classic champion Jason Christie. “Ray Scott not only started modern-day bass fishing, but he was responsible for setting the bar on fish care and how tournament fishing should be done. I just hope whenever I’m done in this sport that I’ve lived up to the bar that Ray Scott set.”

One talented angler will be awarded the Ray Scott Bassmaster Classic trophy March 26 in Knoxville, Tenn., after three days of competition on the Tennessee River.