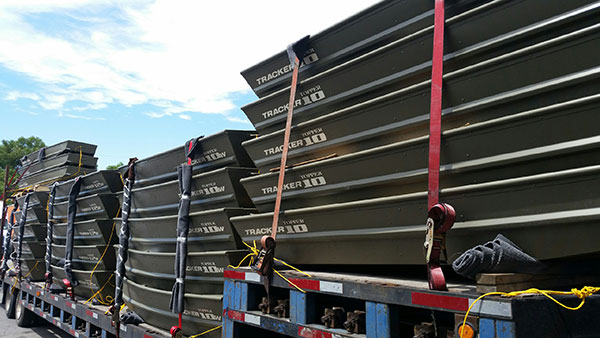 Bass Pro Shops is coordinating with local, state and federal agencies – including police, fire and rescue teams on the ground – to support ongoing rescue and relief efforts related to Hurricane Harvey. The outdoor company is providing more than 80 Tracker boats to government agencies and rescue organizations in Houston and other impacted communities in Texas.

In the immediate wake of the storm, Bass Pro Shops is also supporting disaster response organizations by donating truckloads of relief supplies totaling $40,000. The contributions support Convoy of Hope, a Springfield, Missouri-based humanitarian organization, and the American Red Cross. Donated supplies include protein-rich foods like Uncle Buck’s Premium Jerky and peanuts for those in the field.

Bass Pro Shops has seven retail locations and seven boating center locations in Texas, including three in the greater Houston area. The company is supporting impacted associates through its Bass Pro Cares Fund, which provides support for critical living expenses in times of devastating need.

The company remains in close contact with the governor’s office, first responders and associates on the ground to monitor response efforts and assess ongoing needs. Bass Pro Shops encourages all customers and community members who want to support relief efforts to donate directly to the American Red Cross. 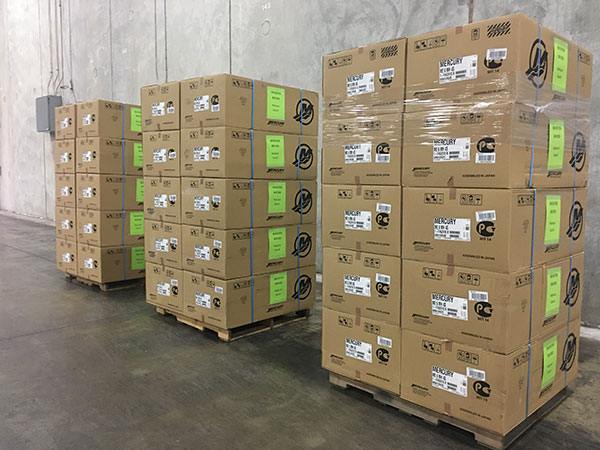 Mercury Marine, in an effort to help in the recovery mission in the wake of Hurricane Harvey, has donated multiple boats and engines to the affected areas. This week, Mercury deployed 30, 6hp outboard engines as well as 10 inflatable boats to be sent to the command center in Texas.

In addition, the company donated a 40hp outboard engine to Boots on the Ground, a non-profit organization dedicated to empowering veterans and qualified civilians to provide in-field emergency and primary medical care.

The state command center in Texas has also identified the scarcity of life jackets. In response, Mercury owned Land 'N' Sea has rushed 100 life jackets to Houston from some of its Shreveport, Louisiana warehouse. Mercury will continue to work with the local command center to help support the recovery effort.

This effort is part of a Brunswick Corporation wide effort that has involved contributing boats, equipment and materials from brands such as Boston Whaler Commercial Government Products, Lowe Boats and others.

"Our thoughts and prayers go out to everyone who has been impacted by Hurricane Harvey," said John Pfeifer, Mercury Marine president. "There is a need for boats and engines in the recovery efforts and we will do whatever we can to help with those relief efforts." 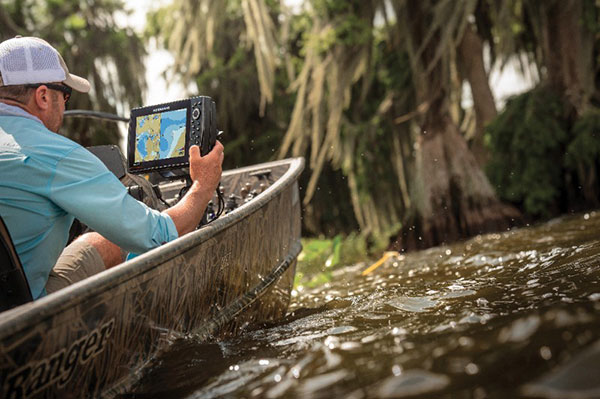 The moment anglers press the power button on any Humminbird HELIX G2 or G2N (networking) unit with GPS, they will now have access to the new Humminbird Basemap, a vast, pre-loaded coastal and lake map resource built into all units.

According to Humminbird Brand Manager Ray Schaffart, "We wanted to make it easier for anglers to navigate and start catching more fish the second they hit the water. By improving our cartography coverage with Humminbird Basemap, theyíll be able to locate fish-holding structure and experience more successful fishing adventures. Saltwater anglers will also appreciate the technology, which calls out hazards and depths, making for a more relaxed time on the water."