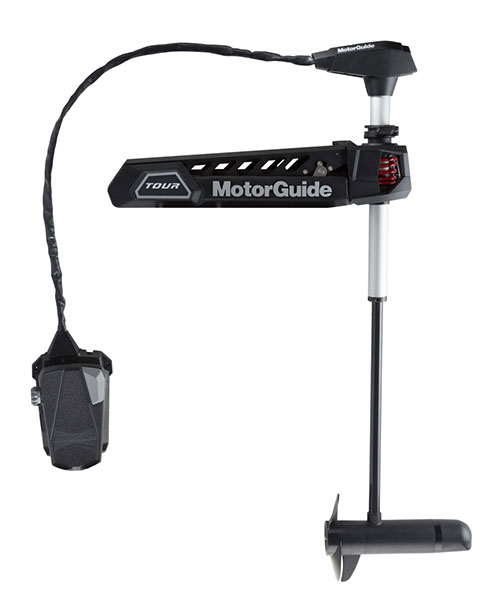 Tour Pro is the very first true cable steer motor with GPS anchor in the industry.

“We are excited about the launch of The Tour and Tour Pro,” said Kevin Read, MotorGuide senior product manager. “MotorGuide has been on the water since 1947 and we can officially say with these motors: The Tour is Back! These motors have been redesigned from prop to pedal to be the highest performing trolling motors on the market.”

Both Tour and Tour Pro are built for tough conditions with a full 360-degree breakaway mount with integrated bounce buster and a rugged two-piece shaft with metal outer column and composite inner shaft. In addition, both models include a no-flex metal foot pedal that provides the most solid steering in the market. Tour Pro models combine Pinpoint GPS, the most accurate GPS anchor available, with traditional pull-pull stainless steel cables for smooth, responsive steering.

“Our new Tour Series will be the only trolling motors that offer the responsiveness and durability of a true cable steer motor with all the benefits of GPS anchoring,” Read said. “MotorGuide continues to make the most durable, reliable, and easy to use trolling motors on the market so you can make the most of your time on the water.​”

The new motors will include MotorGuide’s Zero-G lift assist system, which requires half of the effort compared to the competition, as well as the new Katana propeller – a Mercury designed two-blade weedless prop that delivers more power and up to 30% more battery efficiency than previous props.

Both models also offer options for MotorGuide’s new HD+ universal sonar with both traditional 2D views and high-definition down looking views compatible with most major fishfinder brands. “We believe in giving our customers the freedom to connect to their fishfinder of choice,” Read said. “Our new HD+ sonar technology will offer compatibility with all major sonar brands so you aren’t limited to just one option.” 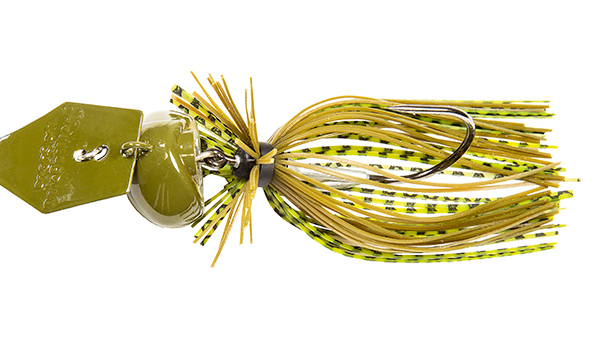 Effective collaborations aren’t just about merging two cool concepts— e.g. a pair of running shoes with a built-in iPhone, or two killer craft beers in one can. Leading edge brands bring an exceptional talent to the table, and when a terrific twosome becomes one, amazing things can happen.

Already the undeniable trailblazer in bladed bass jigs, Z-Man is set to unveil its newest entrant in the ChatterBait® category, a collaborative effort with Freedom Tackle Inc., innovator of hinged, free-swinging fishing lures. The last time Z-Man teamed with another top tackle brand—Japan’s Ever Green International—the ChatterBait JackHammer™ was born. The sensation created by that influential bladed jig stands alone.

Freedom Tackle owner and designer Michael Tamburro says the new bladed swing jig exhibits a unique set of perfectly melded component parts. “We used a lead-free zinc football head and exclusive hook attachment that allows the back end of the lure to pivot and swing freely as you retrieve the lure,” says Tamburro. “The patented Freedom hook-release even allows the angler to make quick hook changes, if needed.

Trailing the willow blade on a spinner arm gives it additional range of motion. “Every twitch of your rod tip or pause on your retrieve can kick out that willow leaf in any direction, catching light in the water column and flashing,” says Rapala Pro Michael “Ike” Iaconelli, namesake of VMC’s Ike Approved line-up of hooks and jigs. “That flash triggers bites. Pretty much any forage bass feed on, it flashes as it swims around, changes directions, tries to escape.”

With the release of the Heavy Duty Weighted Willow Swimbait Hook, VMC is introducing a newly designed self-centering spring to securely hold soft-plastic swimbaits in place.

“That new spring is absolutely crucial, because when you rig a swimbait, it has to go right down the center,” Iaconelli says. “If it’s off by just a little bit, it won’t run right. So having that right in the center is key.” 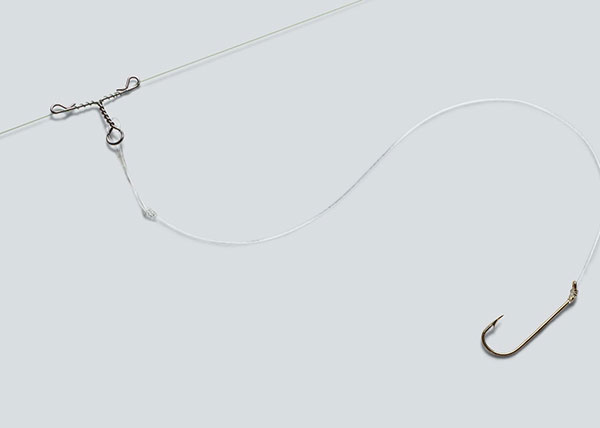