Just What Is a Trophy Deer?

(Editor’s note: John Sloan’s writing takes a no-nonsense, straightforward, informative -- and highly entertaining -- approach to hunting. His hunting articles are archived at www.targetcommbooks.com, along with other hunting how-to articles taken from the “On Target” series published by Target Communications Outdoor Books.) 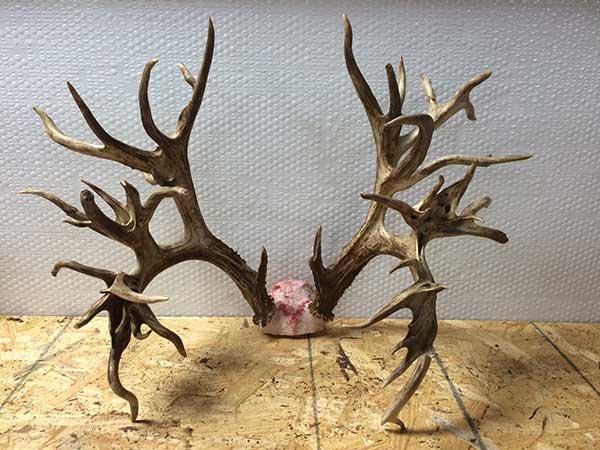 This rack is from the pending new world record, non-typical whitetail buck killed in Tennessee in November, 2016, during the muzzleloader season. Yes, it is a trophy. But it also is an anomaly. In the wild, you cannot manage to grow deer like this. Once in a while it just happens.

The term “trophy buck” has been around about as long as black powder. Or maybe a lot longer; like, since big antlers have been found in prehistoric campsites.

So what is a trophy deer, really? Without question, it can be a deer of many characteristics or even of either sex. Sure, there are trophy does. Ask any kid whose first deer is a fat doe. You think that isn’t a trophy to that kid?

But what do veteran hunters call a trophy. To most, it is probably a deer with antlers that score over a certain minimum. Three major scoring groups -- Pope and Young Club for archery, Boone and Crocket for deer taken with any equipment that score over a higher minimum, and the Safari Club International for African or exotic game. All have different minimum scores.

What do we mean by ‘scores?’

Score is basically the number of inches a buck’s rack totals – length of each point on each antler beam, circumference of antlers between points on each antler beam, and inches of inside spread between antler beams. All are totaled and then the difference in measurement between left and right beams and point totals is subtracted to get a net score. The minimum typical, net score for P&Y is 125 inches; for Boone and Crockett, it is 160.

Is a trophy nothing more than a bunch of numbers? For some hunters, yes. For others, a trophy is in the age of the animal, not the antlers. If you subscribe to the thinking that the older a buck gets, the more difficult it is to kill, then yes, age is the measure of a trophy.

How about the smart old Madame Doe? Put as much pressure on a doe as on a big-antlered buck and she becomes every bit as hard to kill as an old buck. Maybe harder.

More Michigan Deer Suspected to be Positive for CWD

With the firearm deer season complete, the Michigan DNR has now identified a total of 30 free-ranging white-tailed deer that are confirmed or suspected to have chronic wasting disease. Several thousand additional samples are awaiting testing by Michigan State University, so numbers for this deer season could still change.

Since May 2015 when the first CWD deer was found, the DNR has tested approximately 23,000 deer. Of those tested, 30 cases of CWD have been suspected or confirmed in deer from Clinton, Ingham, Kent and Montcalm counties. CWD suspect means that the deer tested positive on an initial screening test, but has not yet been confirmed through additional testing. It is very rare that a CWD suspect will not be confirmed as a CWD-positive animal, but it is possible.

In Montcalm County, a total of 17 deer from the following townships are suspected or confirmed to be positive for CWD: Cato, Douglass, Fairplain, Maple Valley, Montcalm, Pine, Reynolds, Sidney and Winfield. In Kent County, three CWD-positive deer were found in Nelson and Spencer townships. This is the first year any CWD-suspect free-ranging deer were found in Montcalm or Kent counties.

(Editor’s note: Gary Sefton is an expert caller of deer and turkeys and who has won the World Deer Calling Championship and has conducted far more than 1,000 deer calling seminars throughout the U.S. This story is excerpted from his book “CALLING WHITETAILS / Methods, Myths & Magic,” a no-nonsense, back-to-basics guide to calling deer, and other deceptions to help. Chapters include whitetail deer practical vocabulary, deer calling basics (why deer respond to calls), calling during the rut (mating anticipation), antler rattling, other deceptions (scents, blinds, decoys), tips to increase your calling success, be familiar with your calls, and have a plan. The book is available at www.targetcommbooks.com.) 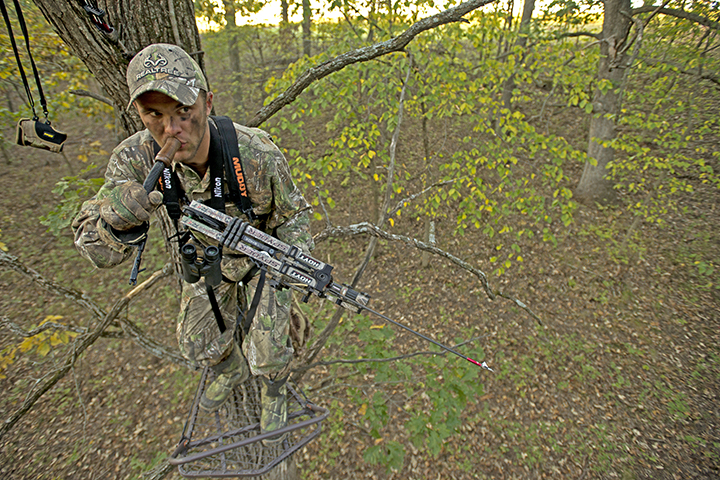 I can’t begin to tell you how many tales of woe I’ve heard from seasoned deer hunters who missed out on golden opportunities because their brains were on pause when a buck showed up.

If you believe in something like a deer call enough to buy it and haul it to the woods with you, then you should believe something is going to happen when you use it. You want the deer to come into the area to investigate the deer making the call. He may come in hard and fast or he may slip in and be gone before you know he was there.

Make the call and then wait for him! Look for him! Stay on ‘red alert’ for 15 to 20 minutes after you make the call. Expect a response and anticipate success. You will still get caught with your guard down from time to time, but you won’t feel so dumb about it.