Concerned About Deer Diseases? Here’s What You Need to Know

During deer hunting season, Indiana DNR encourages hunters to stay informed about deer diseases and best practices for handling any carcass or other raw meat.

There are three deer diseases that hunters should be aware of this season: epizootic hemorrhagic disease (EHD), bovine tuberculosis (bTB), and chronic wasting disease (CWD).

EHD has been confirmed in several central and southern Indiana counties. As a result, the bonus antlerless quotas for the affected counties were reduced to a maximum of two. EHD is a naturally occurring virus that is transmitted to deer by an insect, a biting midge. EHD does not affect humans. Deer infected with EHD are safe to eat. As outdoor temperatures begin to drop, the risk of EHD will lessen. More information about EHD is at wildlife.IN.gov/8541.htm.

Bovine tuberculosis (bTB) is a bacterial disease that can affect cattle, deer, and other mammals, including humans. It is not believed to be established in Indiana’s wild deer herd; however, the DNR recommends that hunters continue to inspect harvested deer for white or tan lesions on the internal organs or inner wall of the deer’s chest cavity. If lesions are found, hunters should contact an Indiana State Board of Animal Health (BOAH) veterinarian by calling 877-747-3038 or for more information.

CWD has not been detected in deer tested from Indiana. CWD is a fatal neurological disease affecting white-tailed deer, mule deer, elk, and moose. CWD is shed in bodily fluids like feces, saliva, blood or urine. CWD is found in free-ranging white-tailed deer in several Midwestern states close to Indiana, including Michigan, Illinois, and Wisconsin. Hunters choosing to hunt in CWD-positive states should have their harvested deer tested for CWD. Hunters from Indiana who hunt out of state and have a deer carcass that has tested positive for CWD should call Indiana’s Deer Hotline at 812-334-3795 to discuss disposal options. To learn more about CWD and CWD surveillance, see on.IN.gov/CWD.

Regardless of the harvest, hunters and trappers should adhere to the following best practices when field-dressing or handling any carcass or other raw meat: 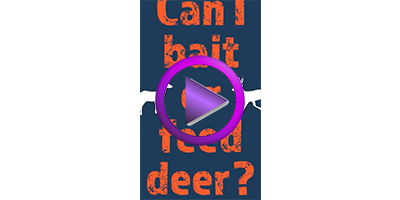 Have you purchased your deer license? If not, keep in mind there are several license options available. Prices, notes in parenthesis, are for residents only:

Deer bundle license: If you hunt in more than one season, this is the license deal for you.

A deer bundle license ($65) can be used in all seasons (except the deer reduction zone season) using legal equipment during that season and gives the hunter the privilege to harvest up to three deer (3 antlerless OR 1 antlered and 2 antlerless deer).