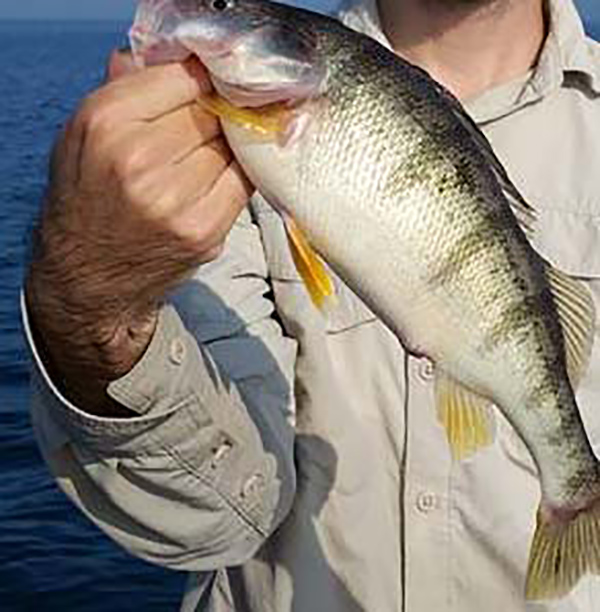 They say bluegill is Indiana’s most popular sportfish, but that’s because they are so prevalent in Hoosier waters.

That’s no knock on bluegills – how can you not like them? They’re pugnacious at the end of the line and scrumptious against the palate.

However, if yellow perch were equally prolific, they’d challenge the bluegill’s glorious reputation, at least on the dinner plate.

Just ask Lake Michigan anglers, who have been enjoying one of the best yellow perch seasons in recent years.

Of course, it’s not like the good ol’ days of decades ago when catching a bucket of the big lake’s giant perch was common place.

But it’s been pretty darn good and may be even better the next few years.

There are a couple of reasons for the improvement. First, the lake experienced an incredibly successful perch spawn in 2015. Those fish have grown to 8-inchers this year; certainly not jumbos, but they have been plentiful.

Mixed in with those are older/larger fish that keep anglers happy. That 2015 year class should be 9 inches or bigger next season.

“We finally got a good weather break that allowed the lake to set up properly,” said Dickinson. ”Last year, every time the weather stabilized we got a north wind that messed up the water column. We had good, stable weather this year.”

Water temperature is critical. When inshore water temps drop into the 60s, it pulls the perch shallower where they are accessible to anglers. This year, catches have been good in that 15 to 35 foot depths from Portage, Ind. east to New Buffalo. In fact, early morning anglers who are on the water at first-light have caught them as shallow as 10 feet.

But when the north wind kicks up, it not only makes it difficult for small boaters to get out, but it mixes the water and the perch scatter or move away from the shore.

Dickinson said the 2016 spawn was decent, but not anything like 2015. Data on subsequent years is sketchy because the DNR no longer contracts with Ball State University to do perch studies.

“Anecdotally, though, we’ve gotten a lot of reports from anglers who report seeing little perch chasing their baits when they wind in their lines,” he said. “So they have definitely been reproducing which is a good sign.”

Dickinson said Indiana will be gathering more perch data next year as his crew will resume doing the work that Ball State researchers once did.

“Next year will have a full work up on perch and expand our research,” he noted.

Of course, yellow perch can be caught on inland lakes, too, but are somewhat limited to the clear, sandy bottom lakes. Wawasee and Maxinkuckee in northern Indiana are good examples, while Diamond and Eagle in southwest Michigan also offer fair-to-good perch fishing.

Because the fish like cooler temperatures, the best fishing tends to be in early spring and late fall on shallow flats. Perch spawn not long after the ice leaves our lakes.