Avian influenza has been confirmed in snow geese and other water birds from western Gibson County in southern Indiana. Diagnostic testing on carcasses collected there was done at the National Veterinary Services Lab.

More than 100,000 snow geese are currently present in western Gibson County. Approximately 700 geese, primarily snow geese, have recently been found dead. Indiana is one of multiple states in which the current strain of avian influenza has been confirmed this fall.

Indiana DNR, in partnership with federal and private partners, has increased surveillance of birds throughout the state to monitor for other potential outbreaks.

Birds infected with avian influenza may display unusual behaviors such as erratic swim patterns, tremors, a twisted neck, and/or a general lack of coordination. Sick birds may also have nasal discharge, a cough, sneezing, and/or diarrhea; however, some infected birds will not appear sick.

Indiana, along with many other states, was affected by an outbreak of highly pathogenic avian influenza earlier this year.

Avian influenza declined through the summer months; however, some states have had a recent increase in wild bird deaths associated with the disease. DNR advises hunters to be aware of a potential resurgence of avian influenza as the waterfowl hunting seasons progress.

Symptoms of avian influenza can differ depending on the individual animal, and some animals that have the virus do not display any symptoms.

Here’s What You Need to Know about Michigan Waterfowl Seasons 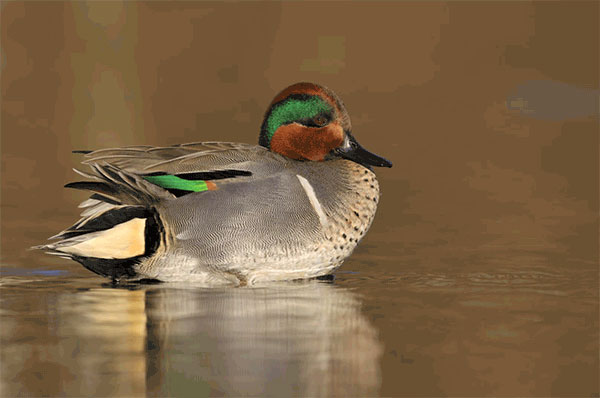 Waterfowl season is here and the Michigan DNR has outlined details you need to know.

Licenses: You can buy your licenses and federal duck stamp online at eLicense or anywhere DNR licenses are sold.

Brush up on all the regulations in the 2022 Waterfowl Digest, available online only this year.  Download the DNR digests right to your phone and have them whenever you need them.  Find current digests and downloading instructions at Michigan.gov/DNRDigests.

Michigan’s reserved waterfowl hunt applications may be purchased now through Aug. 28 either online or where licenses are sold.

Applications are $5 and the drawing results  will be posted Sept. 19.

In the South Zone, reserved hunts will be held both mornings and afternoons of the opening weekend, Oct. 15-16, at the Harsens Island Unit of the St. Clair Flats State Wildlife Area in St. Clair County, Pointe Mouillee State Game Area in Monroe and Wayne counties, and Shiawassee River State Game Area in Saginaw County. Reserved hunts also will be held both mornings and afternoons Oct. 22-23 at Harsens Island and Shiawassee River.

While these areas are managed primarily for waterfowl habitat and waterfowl hunting, they also provide outstanding opportunities for other outdoor recreation such as wildlife watching, fishing, hiking, paddling, non-waterfowl hunting and trapping.