Here’s A Gun Company with A Great Cause

Henry Repeating Arms President and Owner, Anthony Imperato, first learned of 3-year-old Sadie Kreinbrink a few months after she was diagnosed with Embryonal Rhabdomyosarcoma, a malignant childhood tumor requiring 66 weeks of chemotherapy treatment. When Sadie’s mother reached out to Henry Repeating Arms, Imperato immediately offered assistance through Henry’s Guns For Great Causes program, a charitable arm of the American firearms manufacturer focused on raising money for families of sick children and other worthy causes through the sale of customized limited edition rifles.

A few months later, a heart-wrenching photo of 4-year-old Beckett Burge of Princeton, TX went viral. The photo, taken by Beckett’s mother, shows Beckett hunched over a toilet sick from his chemotherapy and being comforted by his sister. As it pulled at heartstrings across the country it also caught the attention of Imperato. Henry Repeating Arms reached out to the mother, Kaitlin Burge, and offered to create and donate a series of rifles that would be sold to raise money for Beckett’s treatment.

Ranger Boats is providing additional incentives for potential boat buyers this year with the announcement of its 2020 retail sales promotions. With limited-time-only offers geared for fiberglass, aluminum, saltwater and pontoon customers, qualifying purchases will receive benefits up to $2,350 in combined retail value for eligible models.

For freshwater fiberglass boat buyers, the 2020 Gotcha Covered Sales Event runs from January 3 to March 31, 2020, and is designed to benefit the buyers of Ranger's most popular models. Any new, qualifying Z500 Comanche Series or Fisherman Series model sold during this time will receive a deluxe Ranger boat cover (retail value: $1,050) as well as two (2) custom Mustang inflatable PFDs (retail value: $600) and a $200 credit towards premium Ranger clothing and accessories available through Rangerwear.com. An additional $500 cash discount is available to buyers of in-stock Z Comanche or Fisherman models purchased from dealer inventory.

The Godfather of Ned Rigging Tells His Story 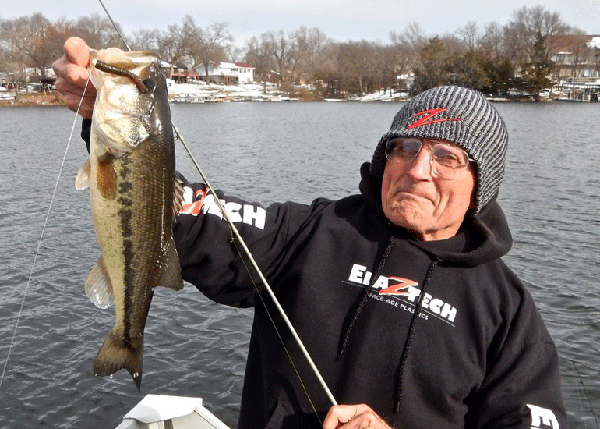 Classy, kind-hearted and self-effacing to a fault, Ned Kehde likes to tell you the world has passed him by. That he’s not the angler he used to be. That he uses simple baits because he’s a simple man. The truth is, Kehde has a wise reason for everything he does; knows precisely how to make bass bite; and for goodness sake, knows more about the history of bass fishing—including exact months and years various events occurred— than almost anyone alive.

He’s the namesake and creator of the wildly popular Ned Rig.

A retired archivist for the University of Kansas and legendary writer of fishing stories, Kehde recalls that April day in 2006 when the modern Midwest Finesse technique clicked into place. “I was in Japanese angler Shinichi Fukae’s boat at Beaver Lake. What immediately struck me were Fukae’s methods, which mirrored the finesse tactics my friends and I had adopted back in Kansas. Using a 3/32-ounce jig shad-style worm, Fukae retrieved the lure a few inches off bottom, reeling and shaking as it went along.”

That same year, Kevin VanDam showed Kehde an early ElaZtech bait. The bait, a Strike King Zero, was the first ultra-durable soft stickbait manufactured by the parent company of what would eventually become Z-Man Fishing. Not long after, the Ned Rig was born. But we’ll let Ned take it from there . . .