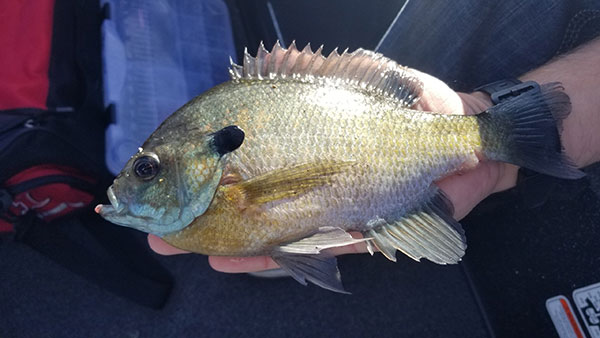 There’s a movement afoot within the Michigan DNR to give more attention to the state’s panfish population.

And why shouldn’t there be more attention? Panfish, especially bluegills, are the most popular fish within inland waters.

Southwest Michigan biologist Matt Diana recognizes that and recently conducted a survey of state anglers to see if there was support for a more diverse management beyond statewide bag limits.

The survey indicated some anglers were in favor of even more restrictive bag limits on some lakes and better protection of larger size panfish.

Diana certainly isn’t proposing such changes on all lakes, but on a few targeted lakes that need more management control. He’s specifically interested in lakes with good panfish growth and those in which bluegills are stunted and over populated. 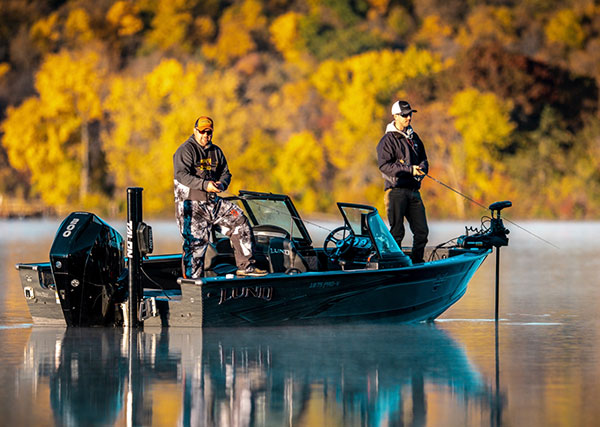 Q1 - What factors are influencing where and how you are fishing panfish right now and throughout the fall?

Joel Nelson – As lakes turn over and water temperatures no longer restrict their depths, you’ll see bait moving shallower to seek out cover for protection. I’ll typically find big crappies and even bluegills following them up on any available cover or structure – especially rocks with nearby wood.

Jeremy Smith – Weather is the primary factor influencing where I’ll target fall panfish. Deep bites in fall tend to be the most consistent. From my experience, it’s easier to find fish in deeper water basin areas and get them to bite when the weather is nasty. On warm, pleasant fall days, however, shallower fish relating to weeds, cribs, or other cover aren’t buried in as far and can be easier to find and catch. If there is good weed cover, meaning vertical standing weeds, all fish – including panfish – will use them throughout the fall and into winter. I’ve found a number of great panfish spots on accident while bass fishing that are far shallower than I thought panfish would be in the fall… dense weeds in five-to-eight-feet of water. It’s no secret, fish love weeds and if you find good weeds in the fall, chances are bluegills and crappies will be using them for as long as they are green and standing, sometimes all the way ‘til first ice.

Blake Tollefson – I spend the majority of my time on small lakes, like 200 acres or less. Dropping water temperatures and weed die offs are the biggest factors with the most significant impacts on where and how I’ll target panfish throughout the fall. As long as standing, green weeds are available, panfish will be there.

Brian “Bro” Brosdahl – Warmer waters in many areas this year – definitely including my stomping grounds in Northern Minnesota – have created some atypical behavior in crappies. Many absorbed their spawn this spring and they’ve stayed inside the shallow weed beds all summer – never moving out into the basins. They are largely still lingering on the outer edges of green weed edges.

Here Are Some Tips for Using Z-Man Plastics for Crappies 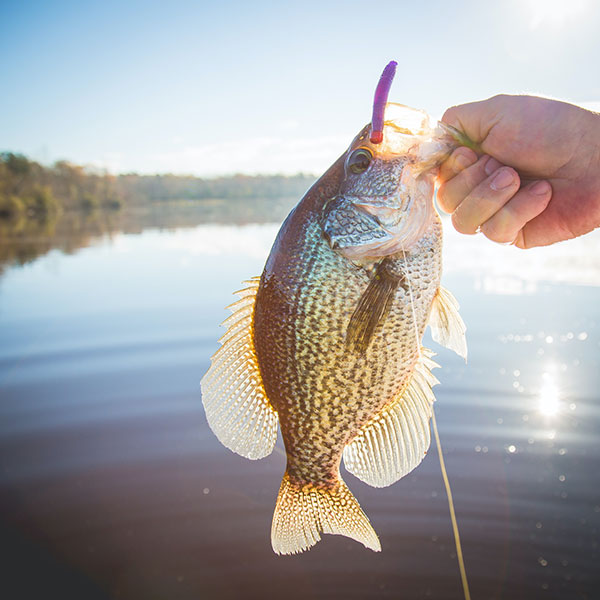 Even among the nation’s best bass anglers, whispers of words like big crappies attract a captive audience, every time. When tournament seasons end, plenty of bass fans go hot on the trail of their favorite panfish—silvery, palm-stretching wraiths known evocatively as “hubcaps.” Prospects of hundred fish days and flaky-white fillets—battered, seasoned and sizzling in a skillet—prompt even the most jaded anglers to drop what they’re doing and beeline for the nearest crappie hole.

It should come as no surprise then that while driving home from his last big bass derby of the year, Major League Fishing competitor David Walker found himself daydreaming about his local crappie lake and the makings of an epic fish fry. “After a long season of bass tourneys, I love coming home and catching a boatload of crappies with my daughters,” says Walker, a wizard with a small jig and softbait.

A lifelong panfish pursuer, Walker has discovered something big in the arena of soft plastic baits for crappies, perch, and bluegills—an idea that occurred to him while fishing a bass tournament.

“When I first started throwing ElaZtech softbaits for bass, I quickly learned an almost magical advantage of the material, which was that panfish and other nuisance fish couldn’t peck the tails off the back of your bass jigs. While bass fishing with traditional soft plastics, it’s always been a headache and major time waster when you’ve got perch, sunfish and other tail-pecking fish in the area. But using these new wave softbaits, I realized panfish could peck them all they wanted. I could stay in the game, non-stop, without constantly grabbing and re-rigging a new bait.”

If the weather cooperates, Lake Michigan perch fishing should be good this year.

And that’s not the only good news. Dickinson’s crew spent last week running nets in 30 to 45 feet of water and turned up a record number of perch.

Last week’s catch was twice the number his crew captured last year, which coincidentally, was a record catch at that time.

“Most of the fish we say last week were 8 to 9 inches and males and they were ripe, so the spawn is in full swing,” he said Tuesday. “However, the females, which get bigger, are deeper than that right now.”