The Indiana portion of the St. Joseph River steelhead run is off to an amazing and early start.

As of March 3, more than 3,500 steelhead have been recorded passing over the South Bend Dam ladder since Jan. 1 with most of those coming the last week of February.

We typically don’t see that kind of run until mid-March.

Michigans non-resident fishing license sales are starting to bounce back after a substantial price increase two years ago.

However, 2015 saw a 3 percent recovery to 189,414 non-resident fishing sales compared to the year before. 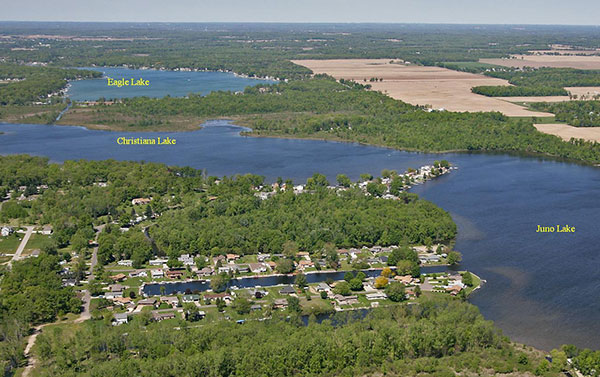 The Cass County Road Commission voted unanimously today to accept the lease agreement with the Michigan DNR for development of the Eagle Lake public access.

The commission heard objections from Eagle Lake Improvement Association, its attorney, and lake residents opposed to the project as well as fishermen in support of the project.

Opponents argued that the development would create safety and environmental concerns for the lake as well as deny shoreline access to swimmers and others. Access supporters said the project was badly needed for the publics sake and created a safer environment for boaters and pedestrians.

Prior to the vote, engineer for the Road Commission agreed that the DNRs plan would provide safer access than the dilapidated boat ramp and roadside parking that currently exists.

Roland Johnson of the DNR said the plan will now go to the Department of Environmental Quality and another public meeting will be scheduled. If approved by the DEQ, the DNR will present its final plan to the Ontwa Township Planning Commission.

Weve secured funding for construction and it is our hope to begin development before the end of this fiscal year (Sept. 30), Johnson said. 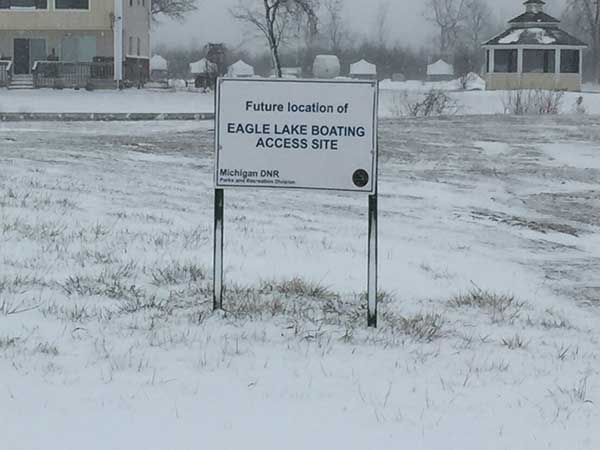 The development of the Eagle Lake public access near Edwardsburg, Mi. will take a small step forward this week.

The Michigan DNR will meet with the Cass County Road Commission at Thursdays morning meeting to finalize the lease agreement and is expected to grant the DNR rights to develop a boat launch along Eagle Lake Road.

Welcome to our new look as we start our fifth year with Michiana Outdoors News.

As you can see, weve redesigned this site to make it a little more flexible, livelier and hopefully easier for our loyal visitors to navigate.