Since late January, eight tipsters have contacted the DNR’s Report All Poaching hotline, reporting gunfire at night and deer carcasses located on or near properties in Nelson and Spencer townships.

Trout originally faced three charges in connection to the deer; since failing to appear for his original court date on June 3, he accumulated two additional charges for illegally taking snapping turtles.

Today in Kent County’s 63rd District Court, Trout pleaded not guilty to a five-count misdemeanor, including the charges of:

“We’re grateful for the concerned community members who reported the many dead, gunshot deer that were discovered throughout these communities, which helped officers identify a suspect,” said Chief Dave Shaw, DNR Law Enforcement Division. “The suspect has continued to display repetitive, unethical behavior while stealing public trust resources and allowing them to go to waste.”

In January, Conservation Officers Casey Varriale and Justin Ulberg began investigating the tips, often locating deer that appeared to have been shot from near the roadway.

By Feb. 13, officers investigated 13 deer that had been shot and abandoned in the two townships.

After hearing several news stories about the poaching, a concerned community member anonymously contacted the Report All Poaching hotline on Feb. 14. The tipster reported local rumors of Trout driving around over two to three nights, shooting deer from his vehicle.

Did You Catch a Muskie in Michigan? The DNR Needs the Data 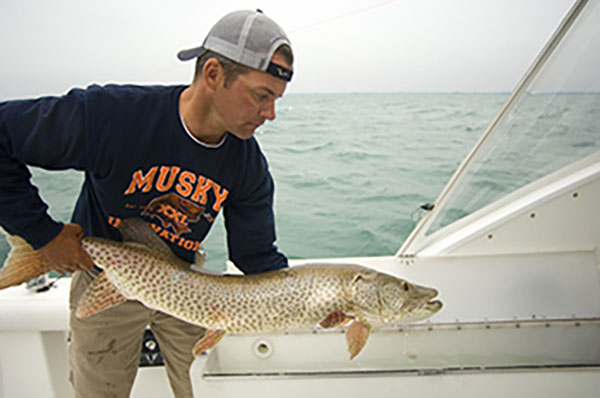 If you're fishing for muskellunge this year, the Michigan DNR wants to hear from you.

The DNR is asking people who fish for muskie to help with its ongoing efforts to investigate these fish by reporting through the DNR's online muskellunge angler survey.

Since 2014, this survey has gathered information about muskie angler demographics and catch data, such as length of fish caught, angler effort, body of water fished and methods used. Fisheries managers have used this data to recommend fishing regulation changes to the Michigan Natural Resources Commission, evaluate the muskellunge stocking program and understand more about self-sustaining populations.

View the current survey and past survey data.

Whether their trip resulted in a catch or not, anglers can offer valuable information about their fishing experience. People may fill out one survey per person, per trip and are encouraged to complete a survey for each muskellunge fishing trip they make. 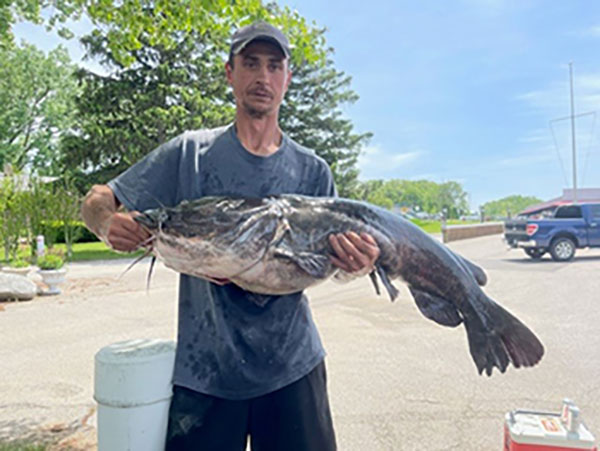 While fishing with cut bait recently in Berrien County, Mich., an angler from Hobart, Indiana, caught a new state-record fish: a flathead catfish weighing in at 53.35 pounds and measuring 48 inches!

Lloyd Tanner was fishing the St. Joe River, a tributary of Lake Michigan, in the early-morning hours of Sunday, May 29, when he reeled in the record-breaker.

This fish beats the previous state-record flathead catfish – 52 pounds, 46.02 inches long – caught in 2014 by Dale Blakley, of Niles, out of Barron Lake in Cass County. 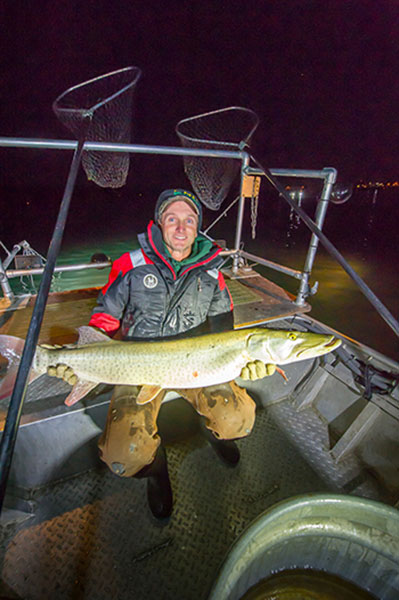 Great Lakes muskellunge eggs were collected last month from the Detroit River and Lake St. Clair by the Michigan DNR. 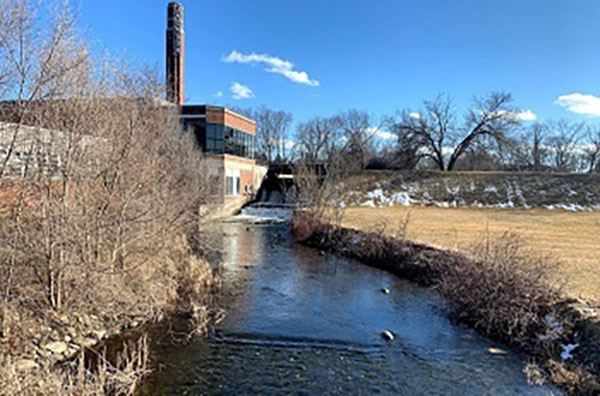 The projects, supported by an additional $1.6 million in matching partner contributions, will rehabilitate and protect valuable fish habitat that provides the foundation for Michigan’s world-class fisheries. Four of the funded projects are identified by the DNR as priority habitat conservation projects.

Joe Nohner, a resource analyst with the DNR Fisheries Division, said the funded projects will protect and rehabilitate fish habitat across the state, while in many cases also improving public safety through the removal of dams.