Should You Power Fish…or Finesse ‘em? 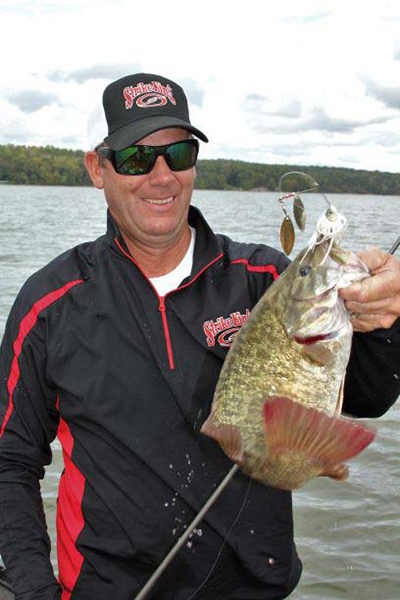 When you watch or hear how fellow competitors approach various situations, you can get a different perspective of what works for others.

Some pros opt for power fishing, others with finesse fishing and then there are those who mix the two dramatically different techniques.

It’s no secret that I love to power fish. I feel more efficient when I’m covering water. I believe it increases my odds of finding an area where the fish are numerous and biting, especially on the lakes we fish that are vast and you can’t cover much territory by fishing slow.

On the other hand, I’ve come to realize that there are times when finesse fishing is the most effective way to fish. 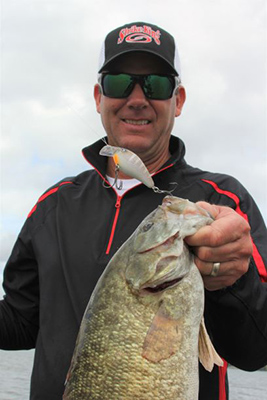 One of the many factors I’ve enjoyed about my relationship with Strike King is my involvement of lure design that I use every day to catch fish.

Company personnel are all serious anglers but they know the importance of using the pros’ knowledge in every step of lure development. The pro staff is deeply involved in lure creation and we all work as a team to create baits that help us be successful on the competitive circuit. We not only have a say in the design of baits but new colors that are introduced.

I’ve been fortunate to be involved in development of some incredible baits. Good examples are the KVD 1.5 Square Bill crankbait and the Red Eye Shad, each of which helped me win back-to-back Bassmaster Classics. 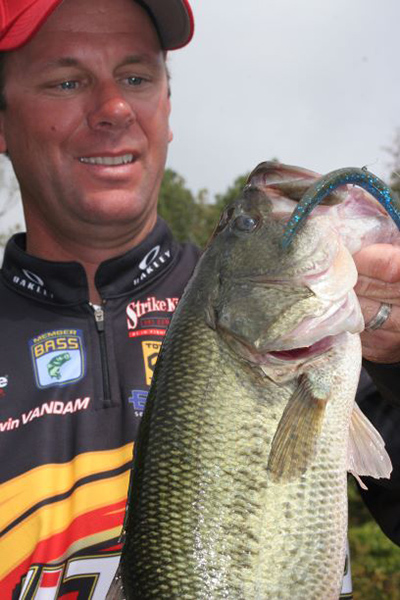 To make a drop-shot rig work properly in Michiana waters, experiment with rigging techniques. Getting the right set-up can make a bigger difference.

Water depth and cover are keys to how I determine the leader distance between my hook and weight and how I rig the lure.

The distance between the sinker and hook is determined by how far off the bottom the fish are positioned and whether I’m fishing vertically or casting the rig. 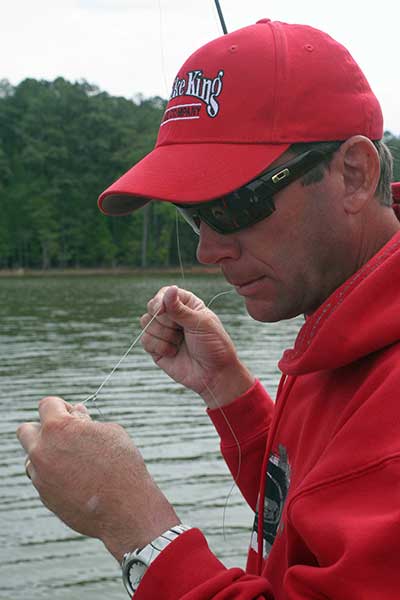 If you don’t want a broken heart this summer, don’t neglect your fishing line - re-spool often to avoid those break-offs when a big fish bites.

The key to remember is use FRESH line that has been stored properly and hasn’t broken down. Buy from a retailer that sells a lot of line and not someone who has old stuff that may have begun to deteriorate.

It’s equally important to stick to a brand that you have confidence in or familiarity.

I’ve used Bass Pro XPS since I started my career. Because of that familiarity, I am intimately familiar with its diameter, performance and tolerance with each technique I use. If you use a variety of brands, you won’t know what’s on each reel and won’t gain the same kind of confidence.

Be Patient When Patterning Spring Bass 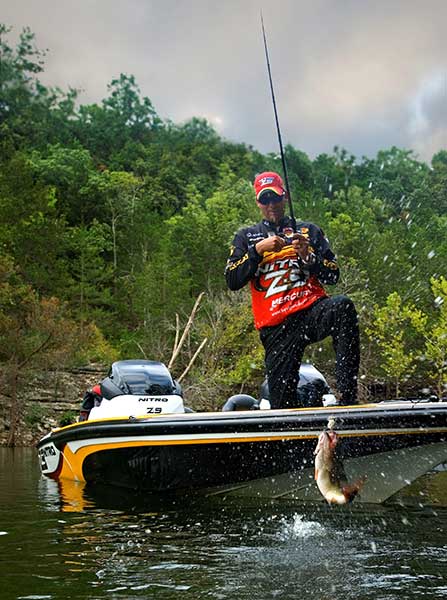 Nothing gets an angler excited more than the early spawning period when the fish move shallow and you start seeing them around spawning areas.

Sometimes we think it’s happening sooner than it really is and that shallow fish are aggressive and eager to bite.

Some fish may move up and they may bite, but you have to alter your presentations to a sneaky, finesse approach and be patient.

What You Need to Know About Underwater Sounds 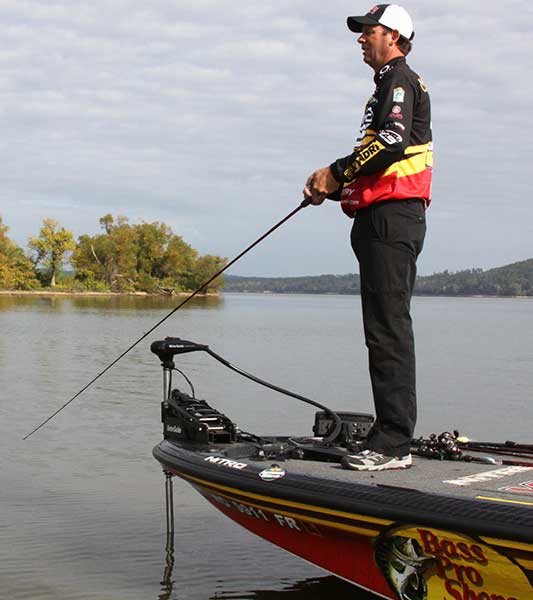 People often ask me about sound because they know I’m a longtime believer in HydroWave system that broadcasts s natural fish feeding activity beneath the surface.

The HydroWave is as a key part of my equipment. But there are other manmade sounds that anglers need to be cognizant of that can have a negative effect – at times - on bass.

Hunters know the importance of stealth when stalking animals. It’s no different than stalking bass; it’s important to be as quiet as possible.

But not all sounds create a negative reaction for fish.

One advantage of growing up on the clear waters of Michigan is I often watched how different sounds, pressure and activity affected bass. It’s been eye-opening, and some of my observations may surprise you.

Believe it or not, bass seem unfazed by the sound of outboard motors running around the lake. In fact some of our best days of fishing occur on hot afternoons when the lake is covered with water skiers, pleasure boats and other marine activity.

On the other hand, sudden unnatural noises made in close proximity of fish can be detrimental. Like, if you drop or throw your pliers or drop a tackle box on the bottom of the boat it can cause fish to react negatively.

Another negative is running your electric motor on high and intermittently, or thrashing the surface with the prop because the motor isn’t far enough down in the water.

It’s best to run your electric on low and constant speeds rather than turning it on and off repeatedly at high speeds. Again, it’s the sudden change of noise that can put the bass on guard.

Another issue that can make the bass wary is an older trolling motor that clanks in the bracket when you engage it. You should periodically grease the pins, spray lube on pinch points and tighten the bolts on the bracket.

Bass are more tolerant of routine trolling motor noises (run at steady speeds) than carp or shad. You can spook a carp in the shallows by simply activating a trolling motor. Yet, I’ve seen bass sometimes turn and look in my direction when I engage the motor.

That’s because bass are curious of those sounds that aren’t loud or overly invasive.

Of course, on those windless days when the sun is bright and the water is super calm, you have to be extra careful with the sounds you are making. If it’s windy and waves are crashing, underwater background noise isn’t as intrusive to the fish.

I’ve also heard some anglers talk about turning off their electronics when around fish, claiming that the constant “pinging” sound coming from the transducer will spook the fish.

I’ve never seen that. In fact, I’ve watched bass swim casually by my boat when I was in shallow water with the two depthfinders pinging away.

My electronics are too critical so I’d rather take the chance of spooking a few fish than be without my graphs.

If you are among the group that does think the electronics pinging spooks the fish, simply put them in standby mode. That stops the pinging and you don’t have to go to the trouble of rebooting when you need them.

We can debate the noise issue until the cows come home, but my advice is put more emphasis on a stealthy approach, like keeping the sun at your back and moving methodically, avoid abrupt noises, and keep your bait in the water.