(This is the second of a two-part series on how Kevin VanDam stocks his terminal tackle boxes.) 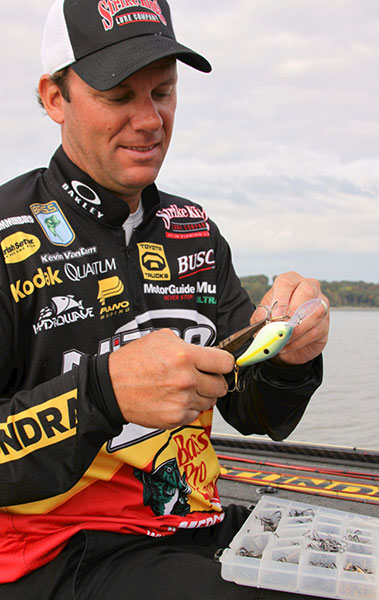 Now is a good time to inventory your terminal tackle needs and get organized before the fishing season begins.

In the first part of the series, I talked about sinkers. In the finale, we’re going to cover hooks.

If you’re like most anglers, you have the same hooks in the boxes that you’ve had for a couple of years, and there’s a good chance some are rusted.

Are You Properly Stocked with Sinkers?

(This is the first of a two part series on how Kevin VanDam stocks his terminal tackle boxes.) 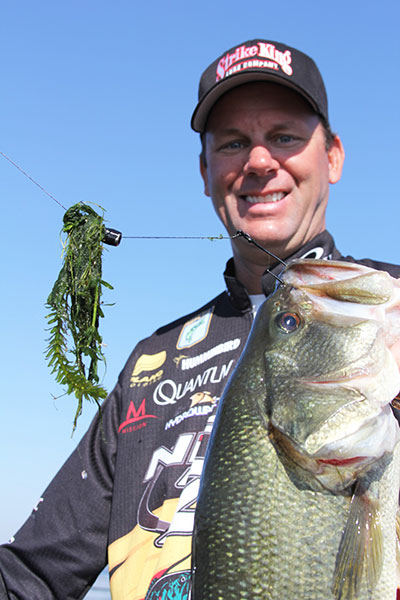 Do you have an adequate supply of sinkers for the upcoming season? Inventory your terminal tackle before spring!

Sure you have new baits on the mind, but don’t overlook terminal tackle that often gets depleted throughout the year. 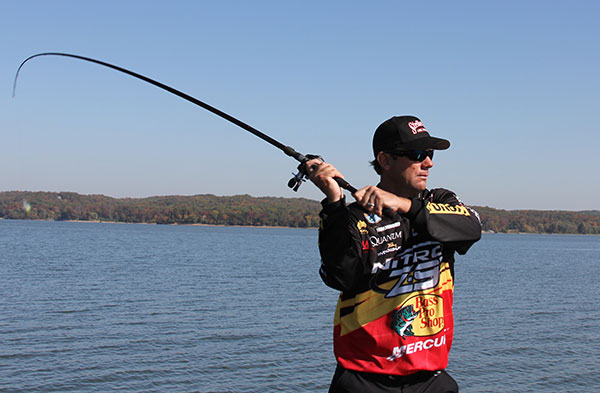 Michiana anglers might want to consider lengthening their rods when fishing clear lakes.

As a Bassmaster pro, a new rule allows us to use rods up to 10 feet this year. Look for it to be a growing trend in the coming years.

Not that it’s going to replace the 7 footers you already use, but it will become a niche rod for special situations.

I’m working with Quantum to develop new spinning and cranking rods that extend beyond the former 8-foot limit B.A.S.S. imposed. Other companies are expanding their lineups as well.

Longer rods provide benefits, especially in those fishing scenarios where longer casts give the angler an edge. 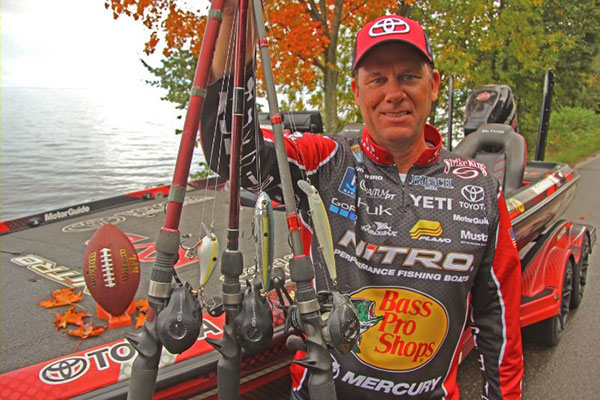 Kevin VanDam loves football, archery season for whitetail deer, and thoughts of bass binging on baitfish. And those are just three good reasons the 7-time Toyota Bassmaster Angler of the Year calls autumn his favorite time of year.

"Oh yea, there's no doubt life is good this time of year," says VanDam. And football is a large part of October's goodness for him and his treasured family.

"Of course I love my home state Detroit Lions, but I maintain a friendship with Willie Young, an avid angler and pass rush specialist for the Chicago Bears, who used to play for Detroit," he says.

"Plus, my twin sons Jackson and Nicholas are in college at Grand Valley State University. Their football team owns the highest winning percentage in college football history, and we were recently on campus for Family Weekend when the Lakers won 49 to 0," says the ever-competitive VanDam.

But fall is certainly not only about football for the VanDams. They have long had a healthy appetite for whitetail deer hunting, and October 1st kicked off the start of Michigan's archery season that they treasure in much the same way bass covet baitfish during the calendar's fourth quarter. 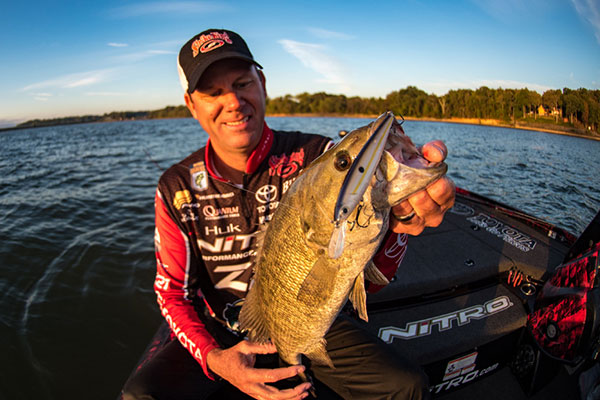 Have you noticed I’ve been throwing a jerkbait in tournaments year-round?

Yep, even in summer when the bass move off the flats, especially when I see them suspended in deeper, clear water.

When I go into northern Michigan, where the water is ultra-clear, I can pull fish out off the bottom in 20 feet to hit a standard jerkbait. But that’s not the norm for most of the nation.

That’s why I helped Strike King develop the KVDj300D that gets down to 10 feet or more on 10-pound fluorocarbon line.

Electronics One of Many Fish-Finding Tools 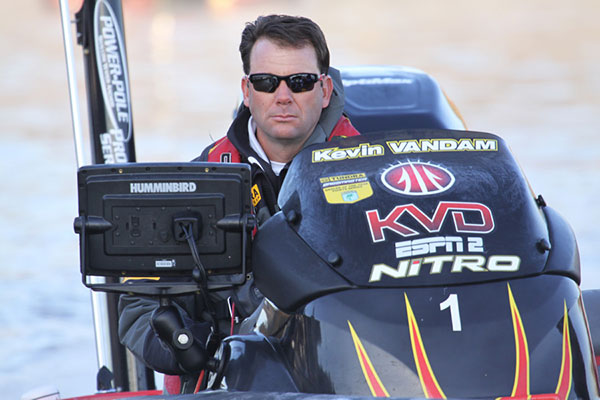 But those tools aren’t all an angler needs to help him find, develop and run patterns on sizable lakes.

Do you use paper maps and utilize satellite imagery when on the water? I do.

Some anglers believe paper maps are antiquated and useless since they have detailed maps on their graph screens.

But that’s not the case.