I admit I’m a hypocrite.

I don’t have the forward facing sonar but I think I want it. Once it improves, or the prices come down, I will get it.

But in the meantime, I’m beginning to wonder what kind of anglers this new technology has created.

While fishing area waters, I’ve watched anglers with the technology. They aren’t casting, but rather wandering around with the trolling motor, staring at the graph in search of a fish at which to throw.

And it’s not just me. Many pros are asking the same thing.
They all admit it’s a must-have if you fish professionally. But they also point out it can become a hindrance if you become addicted to it.

Young bass stocked into Koontz Lake seem to be surviving pretty well, but the future of the fishery continues to be impacted by lack of habitat.

Koontz has had a history of producing big, older bass, but the DNR is concerned that spawning successes have diminished well below the state average.

It’s not normal practice for the state to stock bass in a natural lake, but Koontz was in need of something given the low success of natural reproduction.

“We were seeing hardly any fish surviving from natural spawns and that’s due to poor habitat within the lake,” said District Fisheries Biologist Tom Bacula. “We’ve shocked some nice fish but not the numbers, so we had some bass fingerlings available and decided to see if we could give the lake a boost.” 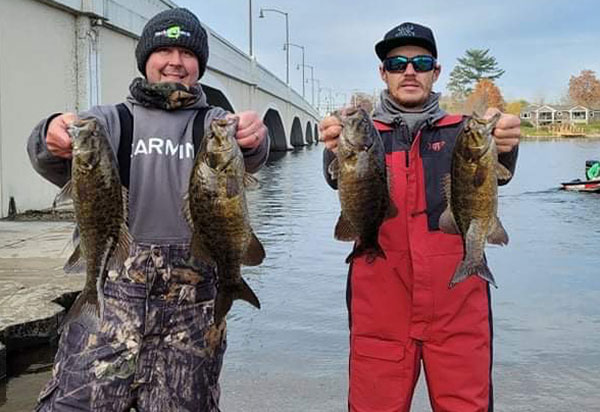 Has the slot limit offered any change to the bass fishery on the St. Joseph River?

Not much, says Indiana DNR Fisheries Biologist Matt Horsley, who did electro-fishing on portions of the river throughout Indiana last October.

“Our preliminary review indicates not much has changed since we put the new regulation in place,” Horsley said.

But don’t expect any changes or reversal to the old regulation. More about that later.

In 2013, Indiana changed the 14-inch size limit to a slot regulation in which no fish 12 to 15 inches and no more than two fish over 15 inches could be kept. Fish under 12 could be kept providing anglers adhered to the five-fish bag limit.

Biologists hoped that such a change would produce more and bigger bass.

Last October’s survey was a follow-up to a similar study the DNR conducted in 2018. This year, crews electro-fished for 12 hours at various sites from Bristol, Ind. down to St. Patrick’s Park.

“We were looking for any change in the size and structure of the bass population since our last survey,” Horsley said.

Keep in mind that biologists don’t shock all 16 miles of Indiana’s St. Joseph River but they do visit the same areas throughout the river to compare bass populations in each area from one survey to another.

Electro-shocking involves electrodes running below the waterline in the water ahead of a boat, stunning fish that staffers net, measure and release. The electrodes are effective down to about 6 feet.

BaitFuel Has a Place in Your Boat 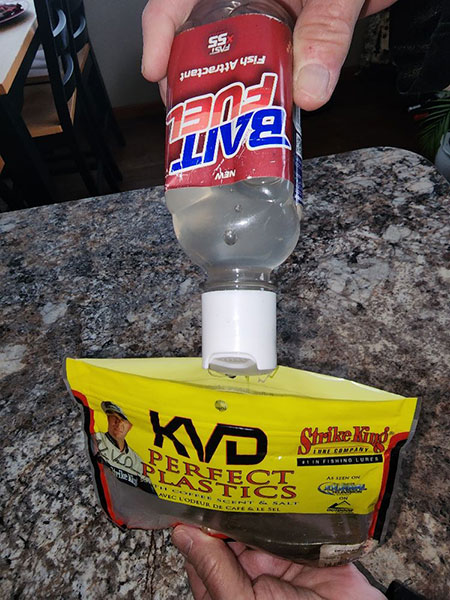 A few years later, Berkley introduced PowerBait and Gulp! with attractants built into the soft plastics.

Fish Formula has since disappeared while the Berkley products have remained popular and rightly so.

BaitFuel, produced by American Baitworks, has proven to be a worthy competitor. It’s not only a liquid formula to be applied to any lure, but the company also infuses it in some of its own soft plastic baits, similar to what Berkley has done with PowerBait and MaxScent.

Count me among the new believers, which include several Bassmaster pros.