The preliminarily adopted amendments include allowing hunters the option of using a 28-, 16-, or 10-gauge shotgun and .410 shotguns to hunt wild turkeys. It also includes having the option of using other equipment that is already legal in the spring and fall turkey season, as well as adding the No. 9 tungsten super shot. Additionally, it removes the restriction requiring the powder used in muzzleloaders for deer hunting to be loaded only from the muzzle end of the muzzleloader.

The NRC also preliminarily accepted removing time restrictions for when beavers may be taken during the trapping season. 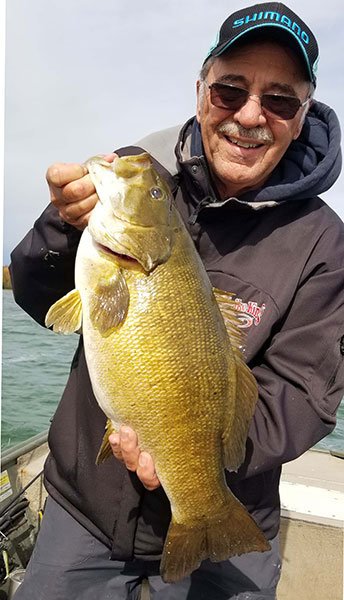 It began as a bet more than 10 years ago between two old guys who have been best friends since the early 1960s.

Al Tucker and I, both Kokomo, Ind. natives, had logged smallmouth weighing 6 pounds, 13 ounces. After Al caught his 6-13, the bet was made: whoever catches the next 7 pounder gets a free steak dinner.

Fast forward to a couple of weeks ago.

Jon Howard and I pushed his flat bottom boat into the chilly waters of a small, northern Michigan lake on a crisp autumn morning. The lake has no access, so it took all we had to get the boat into water deep enough to start the shallow-draft jet drive engine and scoot across the lake.

Howard, an Elkhart native, now lives in Petoskey and is Tucker’s condo neighbor. The three of us have fished together for years.

But this day, Al chose to play golf with my wife, leaving Jon and I to fish a lake where Jon has caught several big smallmouth.

Jon rigged up his usual weapon, a goofy three-inch pink TRD soft plastic on a 1/16th jig head. He poked the worm in the middle section to allow the ends to dangle.

“They really like this rig on this lake,” he declared. 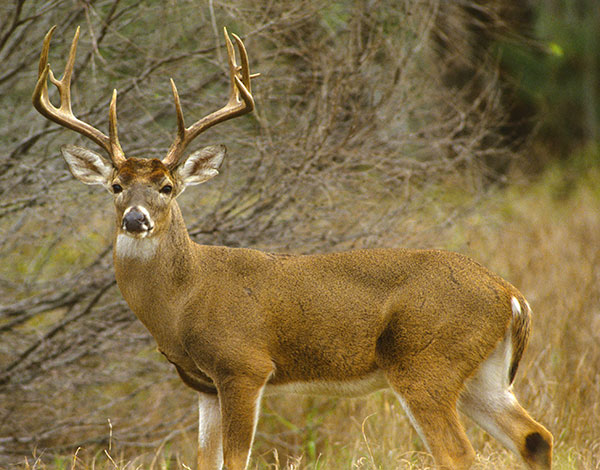 In the interim, bow hunters continue to rack up kills. Newly-appointed Indiana Deer Biologist Moriah Boggess said the statewide harvest is up 20 percent over the five-year average.

“And it’s probably higher than that in your area (St. Joseph, LaPorte, Marshall, Elkhart and Kosciusko counties),” he said. “The harvest this far into the season is even higher than it was in 2015, which is pretty incredible.”

Harvest was up in all area counties, including Elkhart, up 48, Marshall, up 20 and LaPorte 30 deer. 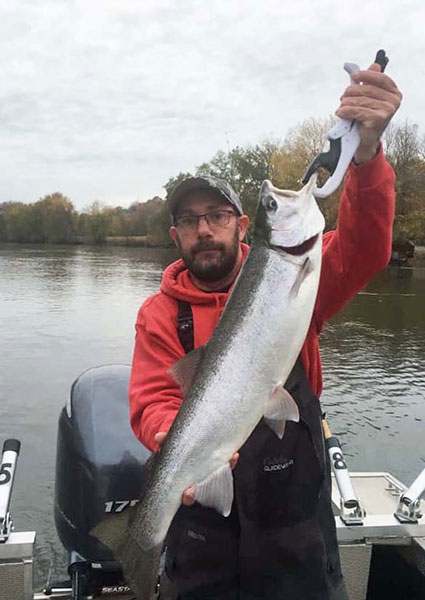 If you’ve found trout and salmon fishing tougher around South Bend and Mishawaka this year, you’re not alone.

The Indiana DNR fish ladder cameras track fish passing through the South Bend ladder. Through Oct. 15, the count was 1,018. That’s about half of what we had during Oct. 15 of last year. The counts are running behind because of a change in computer programming, but officials hope to catch up sometime this winter.

Cooler river temperatures since the last fish count may have boosted those numbers since the last count, but it’s unlikely they have risen to where they could have been.

Last season produced also a good run of coho, but environmental factors have put the hammer on all river salmonid fall prospects this year. Thru October 15, the DNR had counted 1,215 coho, nearly 780 fewer than the same period last year.

A warm September, coupled with a low, clear river and a warm Lake Michigan has held the fish back.

“It’s been brutal for trout and salmon guys fishing the streams and rivers,” said Lake Michigan Biologist Ben Dickinson. “The rain we got earlier in the week should help, but a more could make it better.”

Rain and cooler temperatures trigger the fish to move upriver. And while fishing in lower stretches at Niles, Buchanan and Berrien Springs has been better than Indiana waters, it’s still not what anglers typically expect this time of year.

Because we’re getting late in the season, the coho run in Hoosier waters is pretty much on the downside. Historically, the bulk of the coho run occurs in September, but water and weather conditions kept the majority of them from coming up this far.

The steelhead run remains promising and could improve dramatically in the coming weeks, especially when the Michigan winter-run variety begin finding their way to South Bend.

Some fish are being caught. Mike Jones, an avid steelheader who is on the river several times a week, has caught some dandies but said fishing has been very tough and the bites few and far between.

“The water has been low and clear which isn’t good for steelhead fishing,” he said last week. “I usually start seeing good numbers of steelhead around Nov. 10 but I think it will be later if we don’t get more rain.”

It’s not been much better for Trail Creek or Salt Creek anglers to the west and winds have stirred up Lake Michigan. However, Dickinson said some lake trout are being caught by shore anglers around the harbor.

Muskie fishermen in Kosciusko County have been doing quite well in shallow water.

“The bite has been phenomenal,” said Joe Denton of the Tackle Box in North Webster, Ind. “They are catching lot of fish and some big ones. One guide told me he had five guide trips and averaged three fish a day.”

Bucktails, Depth Raiders and Angry Dragons have been the top lures.

“The fish have been around 9 feet deep and moving toward shallower water at Riddles and Potato Creek,” she said. “Anglers are drifting with minnows.”

Kelly said bluegill fishing has also been pretty good with wax worms. Darrin Schaap of Clear H20 Tackle near Edwardsburg agreed. He said anglers are picking up ‘gills over deep water and that yellow perch are starting to prowl the flats. Crickets are accounting for most of the bluegill caught in his area.