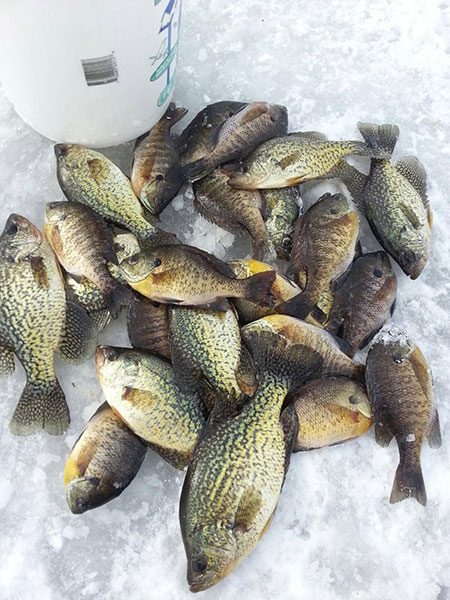 Now that the polar vortex has left us – hopefully for good – it’s time to get energized about ice fishing again.

But hey, it’s late in the season. Anyone who ice fishes knows the bite isn’t nearly as good as it was with first ice.

At least not until we start getting a real thaw and are into that precarious part of the season known as “last ice.”

What do you do until then? We sought the advice of Brian Hensley at Clear H2o Tackle, one of the most avid ice fishermen we know.

But first, let’s talk about the ice conditions. The thaw is mushin’ up the snow and the ice may be honeycombing in some areas. But several lakes still have a good 8 to 10 inches, except on those waters where the birds kept areas open prior to the recent deep freeze. The shoreline areas may be thawing quickly, so be careful. You still need to use common sense before trekking across unknown waters.

Walleye fishing tournaments aren’t as popular in Michigan as bass contests, but the state’s statistical data reveals where there were several held in 2019.

Just as they have done for bass tournaments, the Michigan DNR began requiring tournament directors in 2019 to register their events and file a report about angler successes.

The 2020 stats are still being tabulated and will be released once they become available.

The number of registered bass tournaments held in Michigan in 2019 jumped by my more than 500 events compared to 2018.

Tournament directors are required to register their tournaments each year and provide statistical information.

Last year’s (2020) stats are still being tabulated at the time of this writing and will be reported by Michiana Outdoors News when made available.

One thing is certain – the pre-pandemic season was notable in numbers and weight of the fish caught in 2019.

It’s game on for ice fishermen! 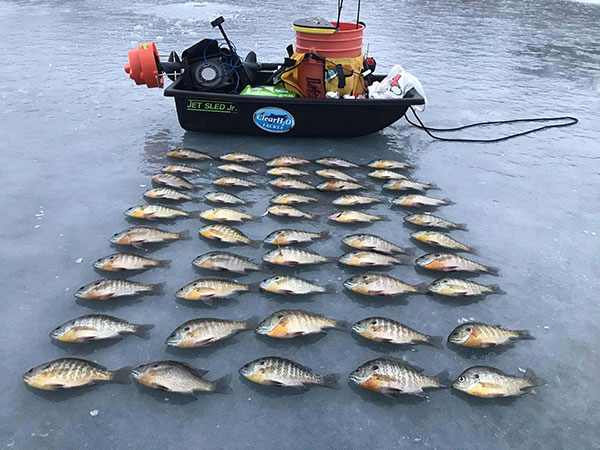 Several lakes have become safer for ice anglers and they’re taking advantage of it.

Although some lakes still have some open areas, anglers are venturing offshore when possible and finding ice thickness from three to 7 inches. However, that’s not to say it’s safe everywhere so anglers should move cautiously.