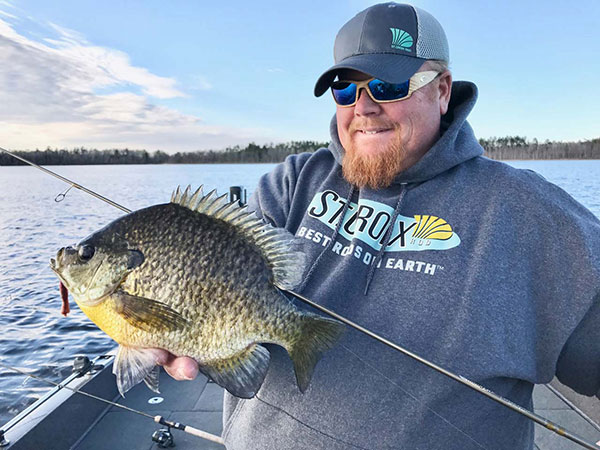 Winter has released its icy grip and lakes, reservoirs and rivers are once again open for springtime fishing. And that means prime time for panfish, especially crappies and bluegills as they make their migration from deeper waters into the shallows before the annual spawn.

We talked with several St. Croix panfish experts about their favorite presentations, tactics and gear in order to help get anglers get prepared and motivated to chase these full-on-fun species.

Although versed in everything that swims, from bass to walleyes to muskies, Minnesota-based St. Croix pro and Angling Edge co-host Jeremy Smith admits springtime panfish are one of his favorite bites of the entire year. 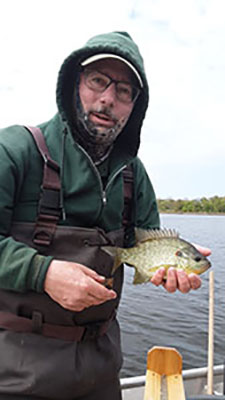 You can find panfish in nearly every inland lake in Michigan…but a specific panfish you won’t find very often are redear sunfish. They’re somewhat larger than bluegill, with adult fish ranging from eight to 12 inches.

You might find redears, also known as “shellcrackers” as they love to eat snails, in several lakes in the southern portion of the Lower Peninsula, but many folks don’t know they’re not native.

“There was a big project several years ago to stock these all over,” explained Jeff Braunscheidel, a DNR fisheries biologist based out of Waterford. “We had this idea that they would provide an opportunity to catch trophy panfish, as they get bigger than the average bluegill or pumpkinseed.”

Today’s Panfish, Where to First-Ice 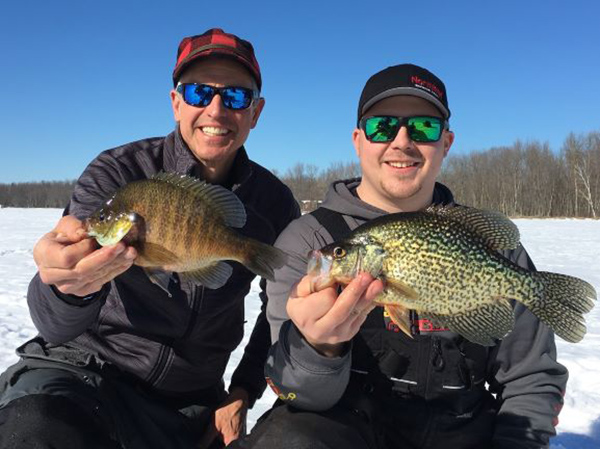 Early winter offers savvy ice anglers some of the hardwater season’s best panfish fishing, for a variety of reasons. First, hungry panfish prowl predictable places that are often overlooked by other anglers. Plus, the fish are active for longer periods of time, more willing to chase baits, and eagerly swim farther to get a meal than at virtually any other time during the winter.

Since the panfish are on the bite, finding the fish is more than half the battle to sliding them onto the ice. A variety of structure and cover may attract fish, but healthy green weedbeds can be panfish magnets, especially for broad-shouldered bluegills and other sunfish. 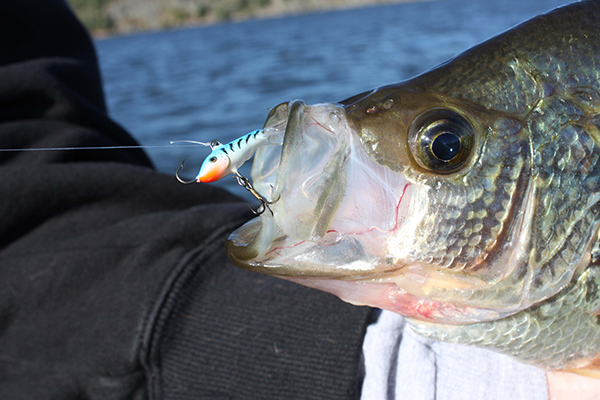 Leave the bait bucket at home this fall – you can load your boat with panfish by targeting breaklines with Rapala Jigging Raps.

“I’ve almost exclusively gone away from live bait, and Jigging Raps have allowed me to do that,” says Tony Roach, an in-demand fishing guide on Minnesota’s Mille Lacs Lake. “I’m getting more strikes, getting better hook-ups and catching way more fish versus a jig-and-minnow, for example. It’s my go-to presentation for panfish, there’s no doubt about it.”

Long predominant as ice-fishing lures, Jigging Raps were proven equally productive as open-water baits in the last several years. Featuring a balanced, weighted minnow profile, they swim in tantalizing circles on the fall. With single reversed hooks on the nose and posterior, and a center treble hook hung from a belly eyelet, they don’t allow for missed bites — regardless of how a fish attacks, it’s running smack dab into a hook.

Bluegill Spawn Has Been a Good One 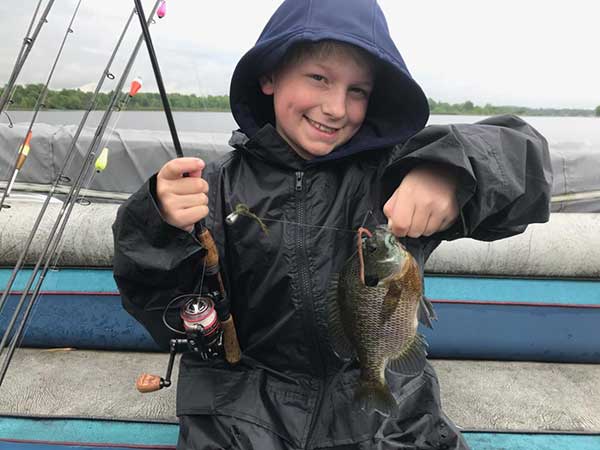 Everyone who has ever dangled a worm in Michiana waters knows how much fun they can be to catch – and equally good to eat.

It’s the bluegill spawning season throughout the area and bluegills can be caught on just about every body of water.

It’s been that way for a couple of weeks, and according to Darrin Schaap, this might be the best spawning season he’s ever seen.

“I’ve never seen this many bluegills come up at once,” said Schaap, the owner of Clear H2o Tackle in Edwardsburg and one of the most avid bluegill angler in the region. “It’s starting to taper off but still remains strong.”

Bluegills spawn in waves, with the first being the biggest. There will be subsequent spawns over coming weeks, especially around full moon periods, and some bluegill spawn into July. Deeper, colder lakes run a little behind the shallower lakes.

“The first wave occurs in the most obvious places and often in the same places every year,” said Schaap. “Hot spots are sand or gravelly areas, reed beds or even clam beds. They usually spawn around some cover, like lily pads and other vegetation, but typically on a harder bottom.”

Avid bluegill anglers know those areas and pluck off the fish as soon as they appear on beds. But they can’t get them all.