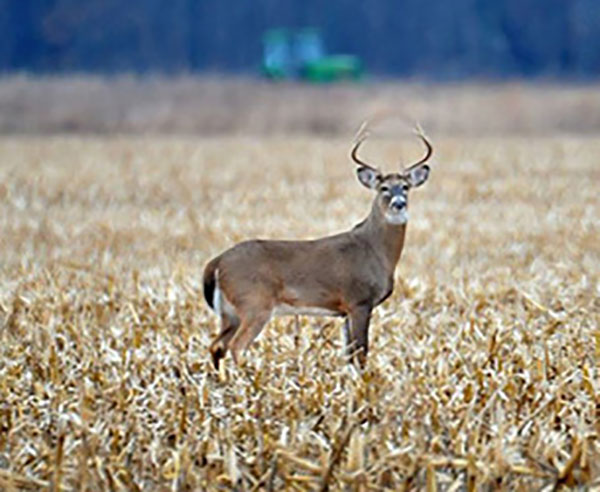 If this year’s deer season compares to last year, Michiana hunters should be pleased.

Deer harvest was up last year throughout Indiana counties surrounding St. Joseph and in the southwest corner of Michigan.

Biologists anticipate a similar season if not a little better. Michigan biologists say last year’s mild winter was easy on deer and note that hunters should expect a good season.

The 2019 Indiana harvest increase wasn’t substantial, and likely due to better weather hunting conditions than the previous two years. Weather often dictates how many hunters get out and stay in the field long enough to see and shoot a deer.

In northern Indiana, St. Joseph, LaPorte, Elkhart, Marshall and Kosciusko counties all showed a slight increase in the 2019 harvest compared to 2018.

The total harvest was about the same in St. Joseph, but 26 more bucks were taken than in 2018. Elkhart County saw an even bigger increase with nearly 200 more deer killed including 142 more bucks.

Kosciusko continued as one of the state’s best deer hunting counties where nearly 2,300 deer were taken last season, about 300 more than the year before. Of those, 1,232 were bucks, about 200 more than 2018.

In LaPorte County, nearly 100 more deer were killed by hunters including 72 more bucks than last year.

Michigan doesn’t mandate hunters check in their deer so statistics are based on random surveys and voluntary check-ins.

Southwest Michigan was one of the better hunting areas in the state. Bow hunters in that area took nearly 28 percent more antlerless deer and 13 percent more bucks than the previous year. The firearm season reflected similar stats.