LEWISTON, N. Y. – I fully admit I can be a bass snob at times. I just love catching them and honestly, don’t spend much time fishing for most other species. 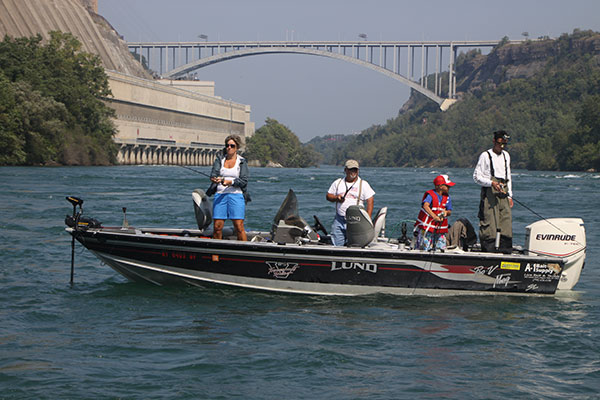 However, the Niagara River is one of those places where you can go bass fishing, have a blast and never know what you might hook.

It’s a destination worthy of any angler’s bucket list. During the spring and fall, the river is full of fish of many different species that keep you guessing when you get that bite.

About nine of us media types were invited by the “Destination Niagara USA” to sample the mighty Niagara last week. Company personnel from Flambeau, Strike King, Lew’s, Seaguar, Mammoth Coolers and Rapid Fishing Solutions were also there.

We were fishing the downriver stretch that runs for about 9 miles or so below Niagara Falls. The current is swift and the river wide in most places with Canada owning the far shoreline. The river empties into Lake Ontario, some 7 miles downstream from the Niagara Crossing Hotel on the U.S. side of the river. 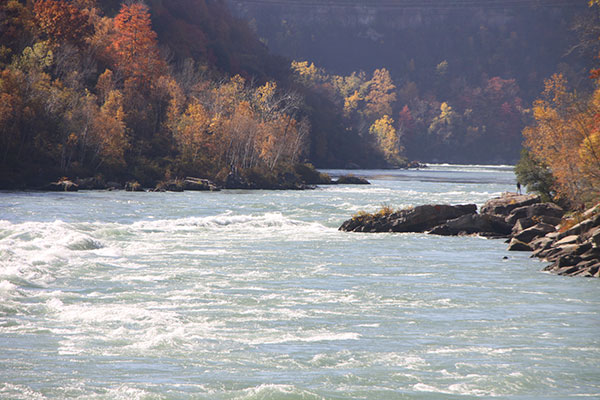 The combination of the current, excellent habitat and close proximity to Lake Ontario makes this place so unique and why it contains so many fish species. 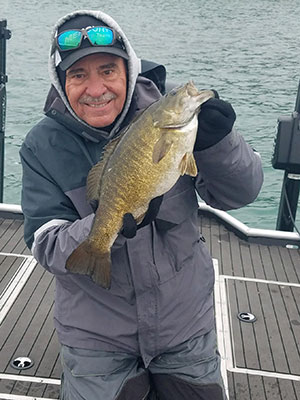 During four days of fishing, I caught numerous smallmouth between 2 ½ and 4 pounds as well as a 6.21-pounder; three lake trout that weighed between 8-10 pounds; a 15-pound Sheepshead, and a few unknowns that came off.

And all of those were hooked either on tube jigs or Ned rigs fished in 15 to 25 feet of water while casting for smallmouth.

Other anglers in our group had similar success. One guy caught a 20-pound king and a 12-pound walleye the same day on a blade bait. My first day guide, Frank Campbell, battled a giant fish for 40 minutes hooked on a small swimbait at the mouth of the Niagara where it empties into Lake Ontario. We never saw it and it eventually broke off, but suspected it was a very, very large sturgeon 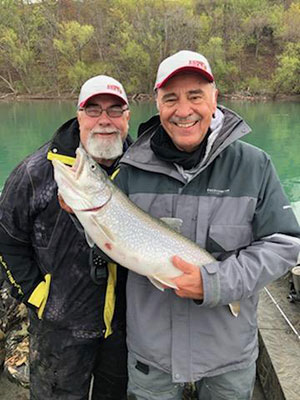 other angler caught a big muskie.

Nor was all of this an anomaly. That’s typical Niagara River fishing in the spring.

Of course, we were there when the cold water and warm water fishery seasons overlap, but you can catch smallmouth – and big ones – from late April and into November.

“During the summer months you can catch great numbers of smallies with fish up to 5 pounds,” said Campbell, who also guides on the river. “That’s when spinnerbaits, Ned rigs, crankbaits, spinnerbaits and jerkbait baits produce shallow along the shorelines.”

You might also catch a trophy muskie, walleye, perch and some very large white bass.

If you’re looking for king or coho salmon, brown trout or lake trout or steelhead, September through the end of May is the time to be there. 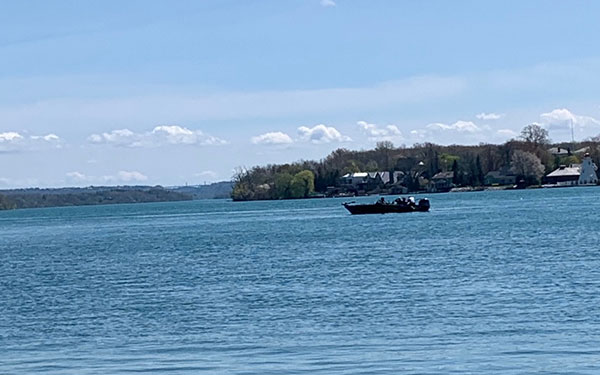 The winter fishery is very good for the hardy type. Since the river never freezes because of the current coming out of Niagara Falls, the trout and salmon fishery can be tremendous.

“It’s nothing to catch double-digit size steelhead and numbers of them too,” Campbell said. “You will be fishing steelhead, get bite, and not know whether it I a big steelhead, salmon, muskie or walleye. Some people like that guessing game.”

What You Need to Know

Here are some guides we recommend: