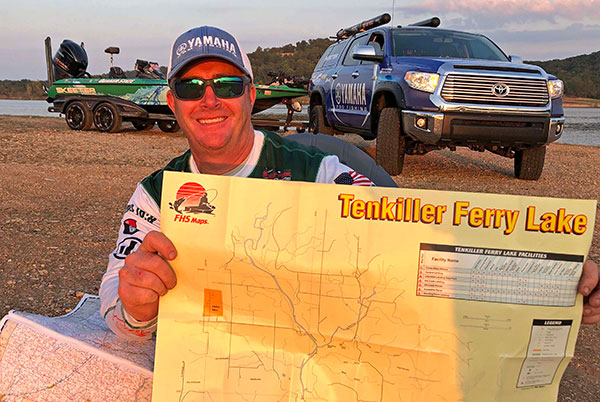 If GPS technology had not become part of cell phones and dashboards, Bassmaster Pro Scott Canterbury should have sought a sponsorship from mapmaker Rand McNally to help him find his way – because the Tundra driving Yamaha pro had never been to five of the ten Bassmaster Elite Series venues on this year’s schedule.

So how did Canterbury, who recently won the Toyota Bassmaster Angler of Year title, find fish at a supreme level on waters he’d never seen before?

On the eve of the last regular season Elite Series event of the year at Lake Tenkiller, one of the reservoirs he’d never seen before, the Alabama pro graciously shared three tips for successfully finding bass on new waters. 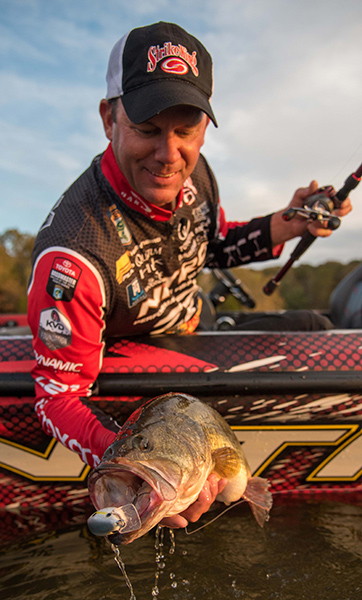 When the 2020 Bass Pro Tour kicks off, the deck of angling legend Kevin Van Dam’s Nitro will be fully rigged up with Lew’s rods and reels.

VanDam, who has been with Quantum since his early pro days, is now sponsored by Lew’s, which also owns Strike King, a KVD sponsor.

Ken Eubanks, CEO of Lew’s Holdings Corp. stated, “We could not be more honored to have Kevin joining the Lew’s team. The impact that Kevin has had on the Strike King brand cannot be overstated and we feel that the knowledge, expertise and respect he brings to the table will be transformational for our entire organization.”

KVD’s accomplishments as a competitive angler are unmatched, but what also separates Kevin from many pro anglers is that he has never been one to change sponsors without a very compelling reason.

“Strike King has always been like family to me, so when I heard about the acquisition of Strike King by Lew’s, I was a little apprehensive,” VanDam said. “Once I got to know the Lew’s group and realized that the culture and team was so aligned with the folks I have been working with for years, I couldn’t help but be excited by the prospect of working with the entire group. Sometimes in relationships it takes a long time to develop trust and rapport, but sometimes, it just feels right.”

Historically, when a high-profile athlete leaves a long-time sponsor for a new opportunity, the situation is often accompanied by hard feelings. Again, this is a very unique situation. KVD worked with the team at Quantum for many years and there will be always be a great deal of mutual respect and appreciation for what they accomplished together.

"Fishing our gear, Kevin became the most decorated angler of all time, and we have really enjoyed our mutually beneficial relationship,” said Steve Smits, President and COO of Zebco Brands. “Kevin has been a great partner and friend and we thank him for his professionalism all these many years. We wish him the best as he moves on in his new relationship with Lew’s."" 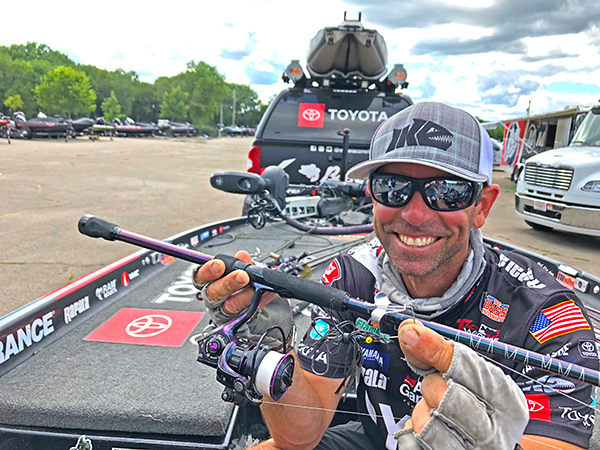 A little fishing trick Mike Iaconelli learned 25 years ago as a young angler in the Top Rod Bassmasters Club in Southern New Jersey had a huge hand in his run at the $300,000 top prize in the recent MLF Redcrest Championship in La Crosse, Wisc..

“A guy in our Top Rod Bass Club named Dave Borodziuk was the first guy I can remember throwing the tiny buzz over grass and hammering them on it. Anytime the milfoil grass is matted over, with just an inch or two of water over it, that tiny buzzbait is wicked,” says Iaconelli.

When he says “tiny” -- he means it. Like equal in weight to a small pile of paperclips at just 1/8-ounce. But it’s perfectly sized to be effective for a lot of reasons.

“When the grass is that close to the surface you can’t get a popper with treble hooks on its belly to come through the grass without getting snagged, but that little 1/8 ounce buzz rides so high, it never gets snagged,” he explains.