Great Lakes smallmouth bass provide some of the hottest bass action of the year during the fall. As their name implies, the challenge on these waters derives from their magnitude. Fish have plenty of room to roam from Duluth to the St. Lawrence River, and roaming is part of a smallmouths daily life.

Here are three great Great Lakes fishing spots and how to catch them:

In fall, its all about bait, says Frank Campbell, a guide with Niagara Region Charter Service.

Campbell is considered by many to be the dean of an illustrious school of smallmouth guides on the Eastern Basin of Lake Erie and the Niagara River near Buffalo, New York. He says that smallmouth are looking for the quickest way to bulk up for winter and follow baitfish migrations and eat everything they find, from gobies to crayfish to sculpin to emerald shinersanything that brings protein to their diet.

KVD Tells What It Takes to Win at St. Clair 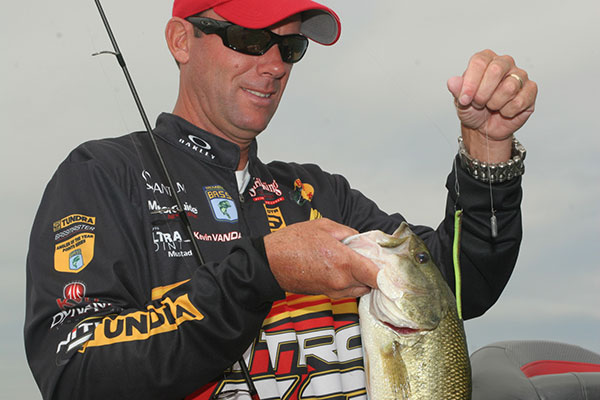 Theres a reason Kevin VanDam (KVD) is the all-time money winner ($5,499,476.33 to date, to be exact) on the Bassmaster Tournament Trail: The 45-year-old, 7-time Angler of the year knows how to boat bass of all species better than anyone else on earth  and numbers dont lie.

And thats why we interrupted the Plano prostaffs pre-fishing before his last tournament of the year, the 2013 Elite Series Plano Championship Chase on Lake St. Clair/Detroit River.

Its all to bring you KVDs first-person and private (well until now) look at this phenomenal fishery and what its going to take to win the $100,000 purse at the end of the three-day event.  And best of all, KVDwhos now in third and verging on his eighth Anger of the Year titlewas more than willing to answer our inquiries.

A temporary fishing regulation imposed by the DNR at two Noble County lakes has restored balance to largemouth bass populations  at least for now.

The rule allowed anglers during summer 2011 to catch and keep bass that were 10- to 14-inches long. At most northern Indiana lakes, all bass less than 14 inches must be released.

Dubbed a harvest slot limit, the rule was designed to reduce the number of small bass in hopes of producing larger ones.