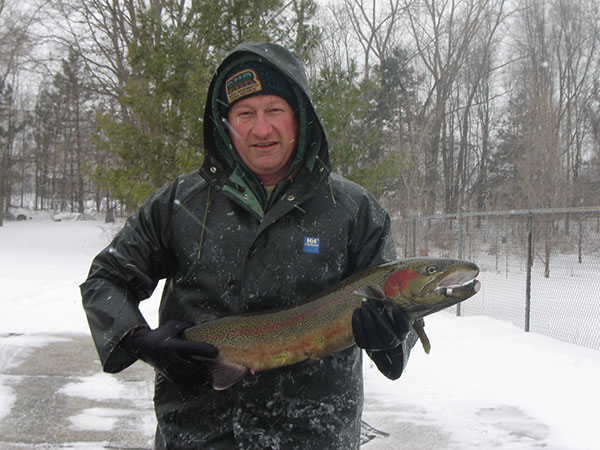 The DNR Division of Fish & Wildlife (DFW) recently recognized its top-performing employees for their contributions to conservation, mentoring, and teamwork during 2021.

Bell, the northeast public lands supervisor, was awarded the Fish & Wildlife Mentor of the Year Award. He established strong relationships with his employees and promoted collaboration across teams, ensuring adequate staffing.

McCallen, a biometrician, received the Fish & Wildlife Champion Award, given to one biologist or program manager to recognize their outstanding contributions to fish and wildlife conservation. She developed a model to monitor the status and trends of Indiana’s river otter populations, created tools to better report data from volunteer monitoring projects, and spearheaded efforts to conduct an economic analysis of the division.

Reuter, an ecologist for the Division of Nature Preserves (DNP), which is now administered by DFW, received the award for DNP employee of the year. Reuter served in a leading role for habitat improvements at Brown County State Park, provided expertise to internal and external partners at multiple properties, and helped develop bilingual signage at Fort Harrison State Park.

DFW also recognized employees for their years of service with the State of Indiana: