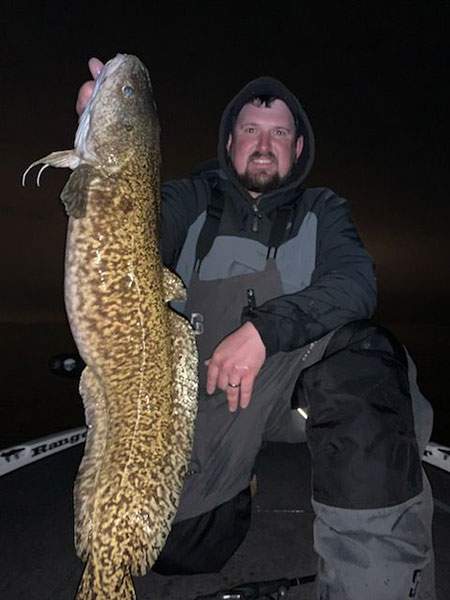 The avid Chesterton angler, who currently owns the Indiana whitefish record, has added the burbot to his list of fishing accomplishments.

Duracz was fishing Lake Michigan near Gary with his 14-year-old son Hunter Jan. 10 when he hooked the state record around 7:30 that evening.

“We caught six other burbot prior to that, including a few that might have been close to the record,” Duracz said. “But when Hunter netted this one, he said we might want to get it weighed since it was bigger than the others.”

It weighed 11.4 pounds, breaking the former record that was set in December in Porter County Lake Michigan waters at 10.2 pounds.

Burbot, also called eelpout or lawyer, are the only native cod species of fish in Lake Michigan. They are good to eat and often called “poor man’s lobster.”

Duracz kept the record burbot alive overnight in his livewell, had it weighed at the Indiana DNR office in Michigan City, and released it back into Lake Michigan.

“It swam off so it’s still out there,” he said. “But I believe there are some 14 and 16 pounders out there, too. This record could be broken yet this year, and, who knows, maybe I will do it again.”

Duracz caught the record fish on a 4-inch Lunker City Finesse Minnow (purple ice color) rigged on a ½-ounce jighead in 45 feet of water. He was fishing spinning tackle with a 12-pound leader attached to 10-pound braid.

You could call him a fishin’ junkie. Not only is he one of the top bass tournament anglers in northern Indiana, but spends a lot of time in his 21-foot Ranger Bass Boat on Lake Michigan.

In fact, he fished out there 14 of the last 17 days, catching lake trout, whitefish, walleyes, burbot and anything else that might bite. 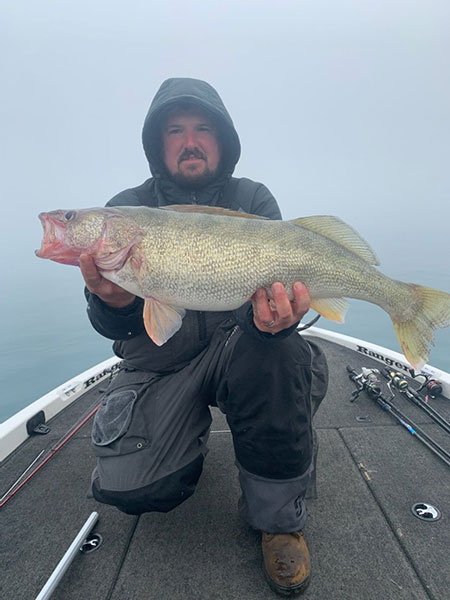 During that time span, he caught an 11-pound, 9- ounce walleye on a blade bait.

“I like to catch perch to eat, but if something bites and pulls hard, I’m going to fish for it,” he noted.