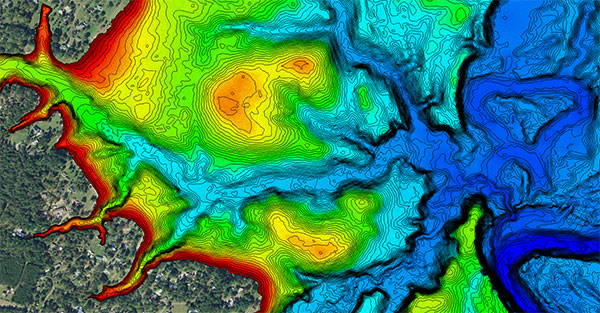 With VX Technology, LakeMaster maps are packed with more information than ever before, including five new customizable color palettes, exceptional map performance, and a powerful combination of features.

The new LakeMaster lineup maintains the same regions as the current lineup, but with two options per region: LakeMaster and LakeMaster Premium. Both products now include SmartStrike technology as a feature, allowing anglers to enter search parameters like season, time of day, temperature and targeted fish species to create a custom chart that highlights areas of the map where fish are most likely to be biting. LakeMaster and LakeMaster Premium also include customizable Chart Presets, four Depth Highlights with customizable colors, Shallow Water Highlight, Water Level Offset, and One-Boat Network capability. And for an added advantage, LakeMaster Premium includes two additional features: 2D Shaded Relief and Aerial Imagery. 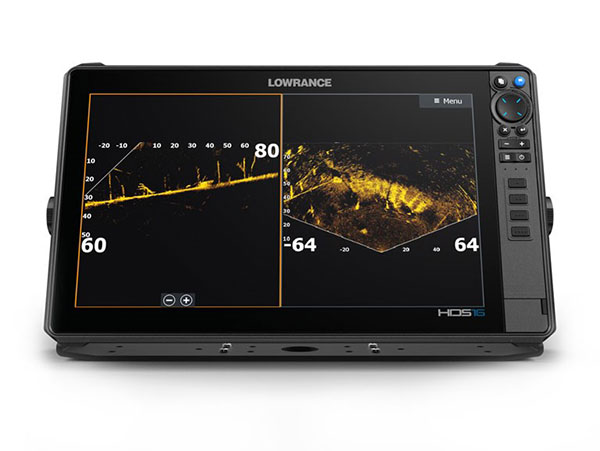 ActiveTarget 2 is the newest update to the award-winning ActiveTarget live sonar that was unveiled in 2020. Active Target 2 provides higher-resolution views of fish movement and structure and enables anglers to quickly recognize if lures and techniques are working in real-time allowing them to make adjustments to get fish to strike. It delivers a smoother and more consistent image across the entire range, with full live-action picture in Forward, Down and Scout views. Additionally, HDS PRO allows for the use of two systems at the same time giving even more views simultaneously with 180 View, Scout Wide View and Forward and Scout split screen view.

Active Imaging HD rounds out the suite of products with the clearest images of fish and structure from Lowrance CHIRP sonar, SideScan and DownScan Imaging. Additionally, a new FishReveal SideScan view is now available with a new S3100 Sonar Module, in addition to the already popular DownScan Fish reveal view, helping anglers easily identify fish targets to the sides and beneath the boat.

HDS PRO offers complete bow to stern control on a SolarMAX HD touchscreen, which provides stunning sonar images of fish and structure from the Active Imaging HD and ActiveTarget 2 Live Sonar technologies, along with incredible detailed chart information that is easy to see from any angle, in direct sunlight and through polarized lenses – a real difference on the water. 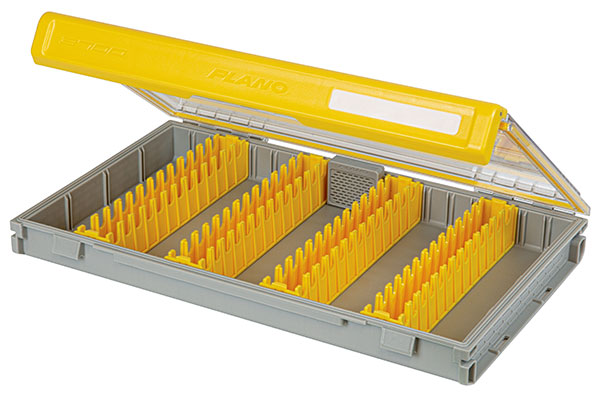 Bladed jigs and jigs have met their match in the EDGE 3600 Jig/Bladed Jig Box.

As an addition to the 3700 size box, this uniquely designed, smaller 3600 size box comes equipped with vertical dividers to maximize storage space while protecting the baits - giving anglers even more options when building a storage solution to fit their needs.

All three versions of the G-Shield weights feature a specially designed composite insert that not only protects an angler’s line, but also provides 360 degree protection for the knot. No more breaking off on the hook set or in heavy cover – these are made to eliminate the issues caused by uneven and rough tungsten. Furthermore, the insert is wider at the base than at the insertion hole so the hook eye can recess itself into the weight, thereby creating a more compact, lifelike and snag-resistant offering. All of the weights also come in a stealthy smoke-colored finish which blends in with plastics and your lure’s surroundings to generate more strikes. The weight size is stamped into the side of each weight making it easy to identify when it's time to make a change.