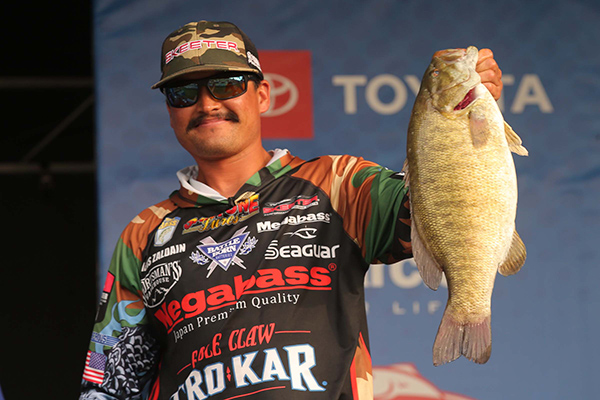 Any doubts that Michigan’s Lake St. Clair isn’t one of the nation’s best bass fishing lakes were put to rest last week.

And when it comes to strictly smallmouth bass, it might be the very best in the world.

Yes, we’re talking about that big lake that sits of along the doorstep of Detroit before emptying into the Detroit River and Lake Erie.

How good was it?

Well, the top 12 finishers’ fish over the three days averaged 4 pounds or better. There were 51, 5-fish limits of fat, healthy bass weighed in that topped the scales at 20 pounds or more.

The winner of the event – Seth Feider of Minnesota – weighed in 77 pounds, 15 ounces. That’s better than a 5-pound average.

There were a handful of 6 pounders caught and Feider had the biggest of the tournament, which weighed 6-12.

Of course, remember that these are some of the best anglers in the world, but they also came from all over the country and several had little or no familiarity with the lake.

However, they all left impressed and all were giddy about the quality and numbers of bass they caught each day.

“If I had to guess, I hooked fish on 75 percent of the casts I made today (8 hour period),” said Feider, who was throwing back 4½ pounders. “Obviously, I had good spots, but this lake is unbelievable.”

Bassmaster Magazine currently ranks St. Clair as the second best bass fishery in the northeast and eighth best in the country. It’s ranked among the top 10 throughout most of the years that the magazine has carried the rankings.

The lake gets a ton of bass fishing pressure but continues to crank out impressive catches.

It’s always had smallmouth, but that fishery really came on 20 years ago when exotic zebra mussels were accidentally carried into the Great Lakes by shipping freighters passing through the St. Clair River from Lake Huron before heading into Lake Erie.

The mussels filtered the water, adding clarity, which in turn expanded aquatic vegetation growth and improved habitat. Of course, Huron and Erie also have abundant smallmouth, so many of those transplanted in St. Clair.

The size and rapid growth of the bass can be attributed to a massive forage base that includes round gobies, an exotic yet high protein fish that keep bass packing on pounds, plus yellow perch, alewives and several native minnow species.

Remarkably, St. Clair averages only 11 feet deep. The shipping channel that snakes through the lake into the Detroit River obviously is deeper, but by and large, St. Clair is shallow.

It’s a good walleye fishery, too, and considered among one of the best muskie fisheries in the Midwest. 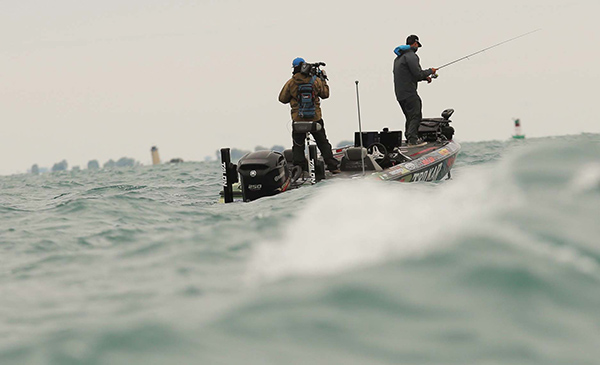 Before you hook up the family fishing boat and head there, bear in mind there are dangerous aspects to St. Clair, which many consider the 6th Great Lake.

It is about 22 miles long and 21 miles at its widest point. That means a stiff breeze makes it difficult to negotiate as the pro anglers discovered the first day of the tournament when they were dealt them four and five foot waves.

And, because the lake is so shallow, the best bass fishing often is found far offshore where you can be exposed to big waves.

It’s difficult to imagine that a lake in such a high population area and surrounded by large manufacturing industries continues to produce phenomenal catches, but it does.

It’s extraordinary good and there’s no reason to believe it won’t remain that way for years to come.