Bucks Are On the Prowl

Mature bucks are on the move just in time for the popular firearm season that opens Friday in Michigan and Saturday in Indiana.

That’s pretty evident with the number of racks being displayed on social media by proud Michiana bow hunters the past couple of weeks. 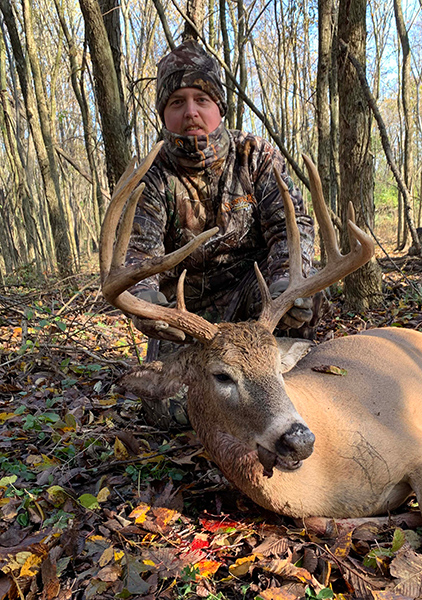 No one is more gratified than Dan Linn of South Bend. He shot a dandy 10-point that dressed out at 215 pounds.

But that wasn’t his proudest moment.

The next day his 9-year-old daughter Makenzie arrowed a giant 9-point that field dressed at a whopping 242 pounds. The third grad LaVille Elementary School student shot it with a crossbow.

It was a mature buck that Dan had been watching for three years but was never able to get it into range.

That day was different.

Linn was hunting Indiana private land in St. Joseph County along with his daughter and his wife, Kerianne. The daughter, who hunted with the family last year, was a late addition.

“When the season started, Makenzie told me she didn’t want to bow hunt this year but changed her mind after she saw the buck I shot the night before,” said Linn. “So we packed up all of our gear and headed to the woods the next afternoon.”

Once he got his wife set up in the tree stand he used to shoot his buck the day before, he got an automated cell phone message from his trail camera depicting an 8-point buck lingering near the ground blind he had set up for his daughter.

However, they were standing 300 yards away.

“We sneaked back over there and the deer was gone, so I freshened the mock scrape I had made earlier and we climbed in the ground blind,” Dan said.

For the next hour and half, they watched a button buck and doe walk nearby and a 4 point that spooked when Makenzie made a sudden move.

“With only 25 minutes of shooting time left, I looked behind me and when I scanned back to the front, there he stood,” Linn described. “The deer I’ve been admiring for the past four years was standing in my scrape.”

He tapped his daughter on the shoulder and told her to get ready. The deer started to walk away so Dan uttered some grunting sounds to imitate another buck in the area.

“I told Mak’ to take the shot,” he said. “The arrow hit the deer perfectly and it kicked up its hind legs and took off.” 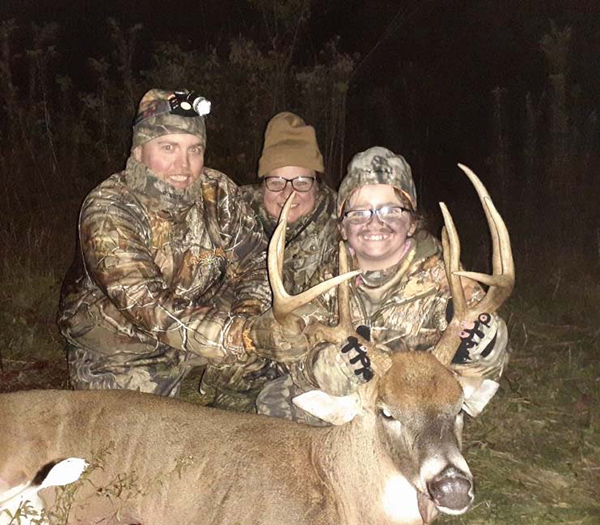 Linn knew it was good shot and it was just a matter of tracking the deer to find where it died. He called some buddies who brought along a blood hound that picked up the trail after dark and found the deer not 40 yards away.

“We were all shocked; it had a bigger body and rack than I thought,” said Linn. “I picked up my daughter and gave her a big kiss and actually teared up. As much as I wanted to get that ol’ buck, I’m thrilled that my daughter got to experience it.”

Weather often dictates hunter success during the gun season. The extended spring and wet weather this year put crops behind so some are still standing, giving the deer more places to hide. Here’s a look at what deer experts are saying about the upcoming season:

The current bow season harvest numbers reflect that. Although doe and antlered buck numbers were down slightly, they’re better than they were two years ago.

“Generally speaking, it appears as though hunters are moving toward harvesting older deer compared to the yearlings they were taking a few years ago,” he said.

Michigan: DNR officials predict deer are “numerous in many areas” of southern Michigan.