Buck Harvest Up Across Indiana 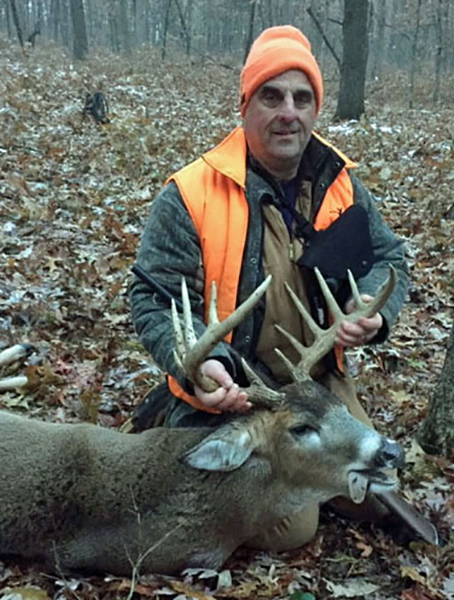 Michiana is on track to record the best deer hunting harvest in recent years.

It’s not just antlerless deer that are filling kill tags. Much of the increase is due to a rising number of bucks that have been taken since the season opened Oct. 1.

That trend appears to be statewide as well. Through November, Hoosier hunters had killed more than 99,800 deer, eclipsing last year’s mark of 96,000 during the same time period. The buck harvest increased by more than 4,000 across the state this past year.

In St. Joseph County, the total harvest through the end of gun season was down slightly (1,025-993) but the antlered buck harvest increased from 407 to 479. The county’s antlered buck kill was the highest it’s been since 2015.

Elkhart County saw an even bigger increase. The total county-wide harvest through the gun season was 1,341 compared to 1,162 last year while the buck harvest jumped from 508 to 615. It also was the county’s highest buck kill in five years.

In LaPorte County, the overall harvest through November increased from 1,363 to 1,476 and the buck harvest went from 652 to 741, another five-year mark.

It’s likely that better weather conditions attributed to the higher harvest this year, but it is noteworthy that hunters apparently had more opportunities with antlered bucks this season.

There’s plenty of hunting opportunities left, too. The archery season is open until Jan. 5; Indiana’s muzzleloader season opened Saturday and runs through Dec. 22 and a special antlerless season in some parts of the state runs Dec. 26 to Jan. 5. There also are a few areas designated as “reduction zones” that are open until Jan. 31. Consult the state hunting guide for details.

With good weather and continued hunter enthusiasm, it’s possible this deer season could become the best in recent years.

If you want to track the deer harvest by county or statewide, visit the DNR’s new website, www.in.gov/dnr/fishwild/10286.htm. The numbers are updated daily.

“We had an average number of deer checked in, but the sense I got from the hunters was they had positive experiences and were happy,” Kesson said. “We saw some really nice bucks and a few that would score in the 170-180 range.”

Michigan’s late archery season runs until Jan. 1 while its muzzleloader season opened Friday and runs until the 22nd.