Sure that expensive bass boat looks good and carries all of your sophisticated equipment.

There’s no question that the electronics unlock secrets of a lake and those premium rods, reels and line make you a more resolute angler.

But is all of that necessary to catch a state record bass?

A Montana man fishing with piece of crawler on a No. 10 Eagle Claw hook and 6-pound line not only caught a record-breaking, 9.575-pound largemouth, but it was the first bass he’s ever caught.

Brandon Wright from Billings, Mont. was fishing Lake Elmo. He arrived around 10 a.m., cast out the worm and sat back to watch Tik Tok videos on his cell phone.

That story brings to mind how the Michigan smallmouth record was broken in 2016. A man was fishing with a nightcrawler from the shore of his cottage on the Indian River when he hooked the 9.98-pound brute.

He had no idea of what he caught and planned to fillet the fish when a neighbor stopped him and suggested he have it checked for a state record.

Thousands of knowledgeable bass boat anglers have trekked across northern Michigan since then and none of them have come close to breaking that mark. 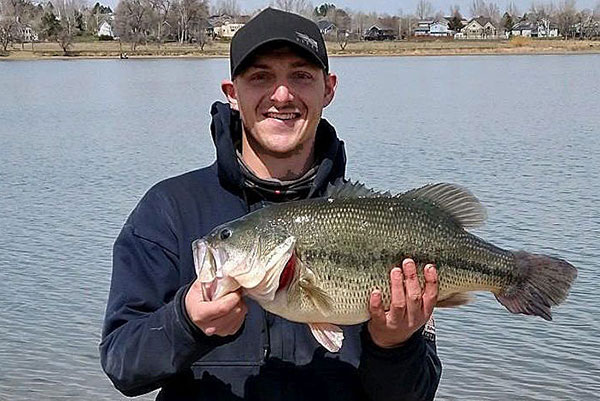