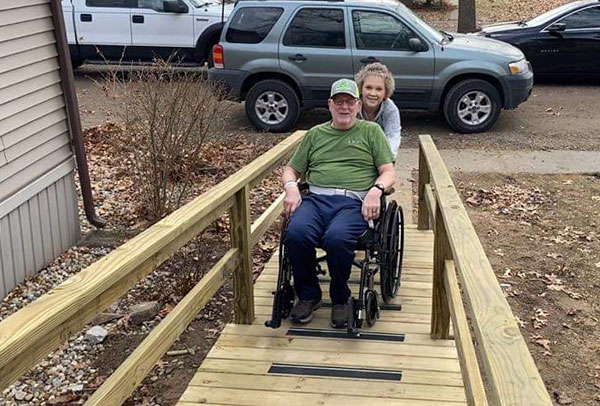 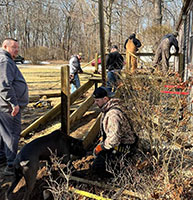 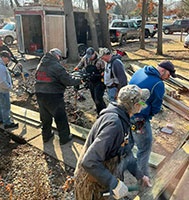 Although he was released from the hospital in late March, he struggles to walk and has other physical issues that made it difficult to get into his Elkhart, Ind. home.

That’s where tournament anglers stepped in and built a ramp and deck entry that makes it easier for his wife to get Losee and his wheelchair in and out of the house. 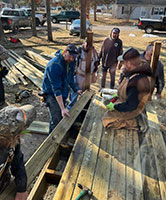 A group of 18 tournament anglers from northern Indiana and southern Michigan showed up on a chilly March morning, dug footings and laid out a ramp from the driveway to the front door. Several wives of the anglers provided breakfast and lunch for the workers. 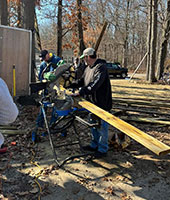 Jim Meadows, who works construction, measured and led the project to make sure it was done right. He also obtained $1,500 worth of lumber donated by Big C Lumber to complete the project.

“It was a great project and to have all these guys pitch in and come together on short notice was awesome,” said Crocker, who provided photos and details. “It just goes to show that we may be competitors, but tournament anglers often rise to the occasion when a need arises.” 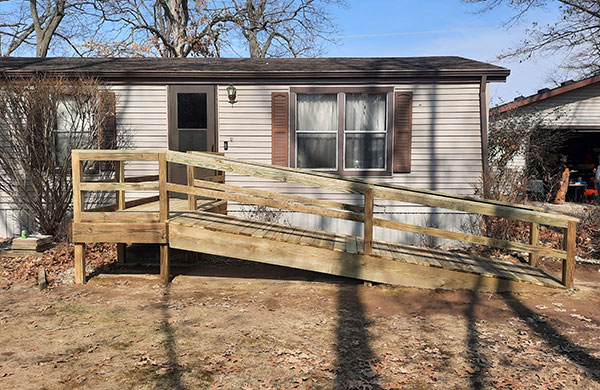 In addition, Michiana anglers organized a benefit tournament slated for Saturday, April 2 on the St. Joseph River at 6 Span Bridge in Elkhart. 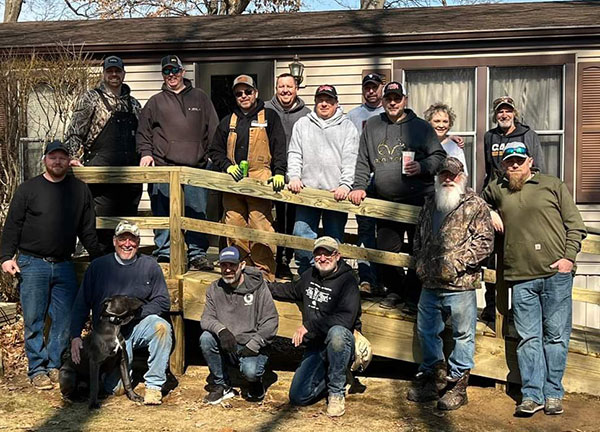 Hours are 8-2 with a $65 entry fee. Half of the proceeds go to the Losee family to help defray medical costs. Several area businesses have pitched in prizes and cash to attract more anglers.