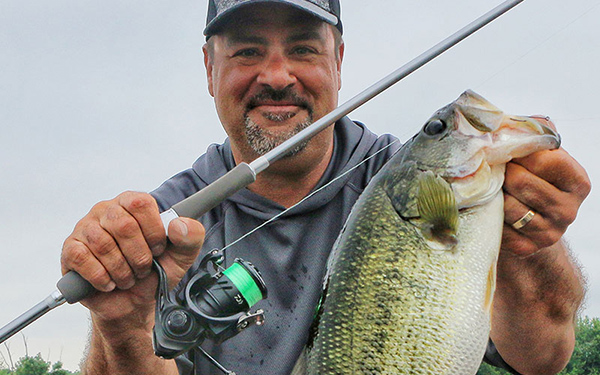 Seaguar offers you a chance to spend a day on the water — chasing some of the biggest, meanest bass that you’ll ever encounter — with professional angler and TV personality Mark Zona.

Enter to win one of 50 prizes in the Seaguar Zona Smackdown contest, including the grand prize of a fun-packed, all-expenses-paid fishing adventure with Mark Zona, one of the most knowledgeable, entertaining, and influential anglers in the entire fishing industry.

“I’ve been told that I’m a little intense in the water,” noted Zona while chasing bronzebacks in his home state of Michigan. “Well, one of you is going to win a fishing trip with me, so you can witness that intensity for yourself. And when you step into the boat, you’ll be throwing the best braided line on the planet: Seaguar Smackdown!”

From now until June 30, entrants can visit http://www.winseaguar.com/smackdown to enter the Seaguar Zona Smackdown contest. You could walk away a winner with your very own spool of Seaguar Smackdown braided line, or the grand prize of a fishing trip with Mark Zona, including airfare, ground transportation, lodging, meals, and some great Seaguar gear.

Entrants in the Seaguar Zona Smackdown contest must be 18 years old or older, and legal US residents residing in one of the 48 contiguous United States or the District of Columbia. Entries will be accepted until 11:59:59 on June 30, 2020. The contest has a limit of one entry per person.