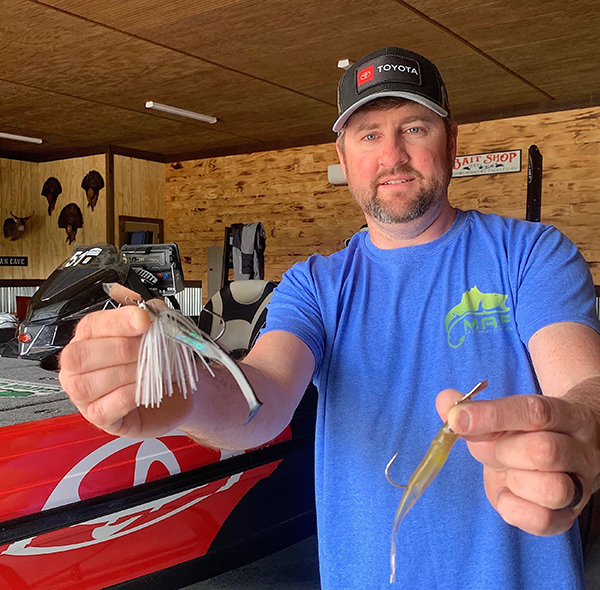 Few could have imagined how Ron Davis Sr.’s unique new lure invention would profoundly improve the catches of bass anglers for decades when he sold his first Chatterbaits at a South Carolina tackle show 16 years ago.

Of course, dozens of manufacturers now mimic Mr. Davis’ patented lure, and for good reason – it’s easy to use – it’s versatile – and it flat-out catches fish.

But look inside the playbook of Team Toyota’s Matt Arey, who grew up in the geographic epicenter of the lure’s birth and rise to popularity, and you’ll find at least three good options worth implementing to your vibrating jig game to increase your catches even further.

“Everybody is guilty of just casting these lures and winding them straight back, but in my mind, that’s the single biggest mistake you can make to dampen the full potential of a vibrating jig,” says the Shelby, NC pro.

Like Peyton Manning changing the snap count’s cadence at the line of scrimmage, Arey likes to pop the bait with his rod tip, and change the retrieve speed a time or two with his reel handle on every single cast. It’s those erratic changes in the lure’s behavior that pulls strikes from largemouth like Peyton making a nose guard jump offside. 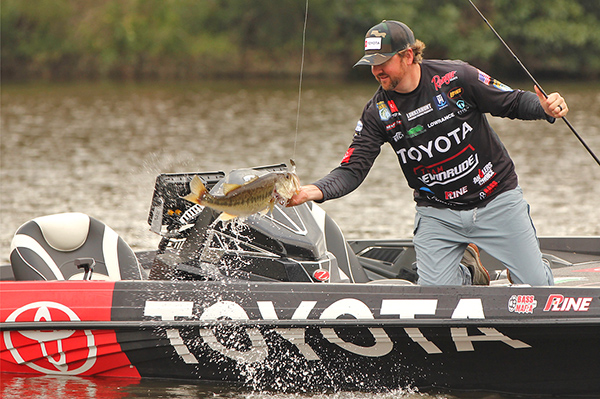 Arey also stresses the importance of allowing the lure to tick the tops of submerged vegetation, or perhaps bump into a log or whatever’s in its path to alter the cadence even more so.

Base trailers on water clarity

“If the water’s pretty dirty, I like a double tail trailer with some craw kicker legs on it to displace more water, and in stained water a more straight tail Lunkerhunt Bento gets the nod. But in clear water, consider removing the skirt and fish the Bento on there by itself,” says Arey.

Of course, much like its first cousin the spinnerbait, vibrating jigs get most of their work in less than 10 feet of water. But Arey reluctantly shares a little deep water secret for this lure.

“I’m kinda giving you ‘the juice’ here – but man, a vibrating jig is not just a shallow water lure. I’ve caught good fish using a ‘lift and drop’ retrieve off the bottom around post spawn schools of fish in 15 to 25 feet of water,” he confesses.

He also warns that in order to work out deep, the water must be fairly clear. But in May and June when most are dragging heavy football jigs or deep cranking, he says lifting and dropping a 5/8 or 1-ounce bladed jig off the bottom can be a super effective alternative to post spawners.

However you choose to fish it, versatility is the beauty of a vibrating jig. It’s hard to fish it wrong. But with these three tips from a $1 Million dollar career prize money winner, you’re sure to fish Ron Davis’ game changing invention even better.