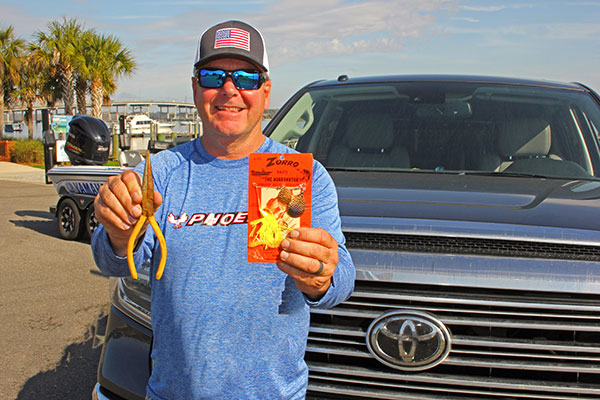 If you think Davy Hite began his Bass Fishing Hall of Fame career in a fully-rigged fiberglass bass boat you should have been there when he was a kid growing up in a home without a telephone or central heat and air, catching catfish from an aluminum boat to sell for additional income.

Hite was raised largely by his grandparents, and while they were by no means poor, they were products of America’s Greatest Generation. They lived through the Great Depression, and his grandfather fought in World War II.

“We never lacked for food, and my bed always had clean sheets, but that generation didn’t waste a thing, and spent very little money on anything they had learned to live without. To this day, I still get upset when my wife leaves a light on in a room because it’s a waste of electricity, and we’ve been married 35 years,” grins Hite.

The crazy thing is, Hite grew up in the 70s, but because he was raised by folks from a much earlier generation, not even an electric or natural gas furnace existed in their lakeside home. Instead, his grandma would rise early to build a fire to heat the home while cooking young Davy’s breakfast every morning.

The simple life left a sentimental mark on the 8-time B.A.S.S. tournament winner and ’99 Classic Champ, and a pair of needle nose pliers along with an old Zorro spinnerbait are always in his Yamaha powered Phoenix to remind him of his childhood and keep his life’s ground wire firmly plugged in.

“My granddaddy was a pretty special man. I’ve seen pictures of him sleeping in a pup tent in Italy during WW II, and when he took me running trot lines when I was 11 or 12, these exact yellow handled needle nose pliers were always with us – not only to unhook fish, but in case one of us accidentally got hooked, or you had to cut a line or whatever,” recalls Hite.

But Davy’s granddaddy wasn’t just a catfisherman. His knowledge of bass fishing was pretty dang strong and detailed too. To the point he knew to tell Davy to tie on a double Colorado spinnerbait with hammered copper blades anytime the water got high and off-colored on Lake Murray.

“This packaged Zorro spinnerbait I carry in my boat is a replica of the one I used to catch my very first bass on a spinnerbait when I was a kid. And then amazingly, I used the same exact bait to win my very first B.A.S.S. event at Lake Eufaula, Alabama in 1994,” recalls Hite.

So while Hite was likely the only kid in the Saluda, South Carolina Class of ’83 who had to drive four miles to use a payphone, you can also be certain the values instilled in him by two members of America’s Greatest Generation went far in molding him into a 2-time Bassmaster Angler of the Year.

“Honestly, for my story to come true, considering where I came from, is proof you can come from a house heated by a wood stove, catching catfish from a 14-foot Jon boat and still make it,” concludes the always classy Hite.

The Zorro spinnerbait and a pair of needle nose pliers he chooses to keep in his boat remind him often of exactly where he came from, and to live a life that honors the granddaddy who built its foundation.