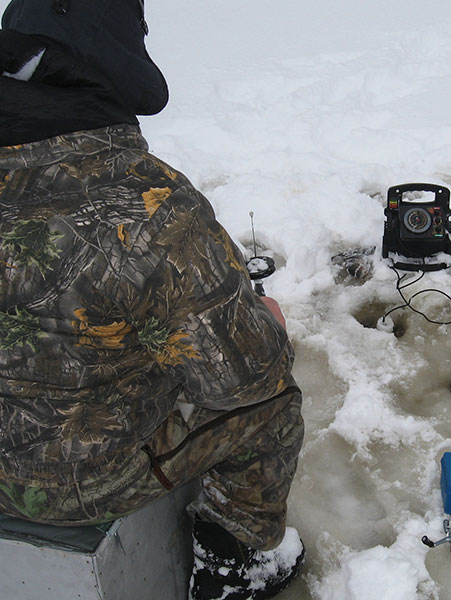 Area tackle shops reported a lot of ice fishing activity the past day or so, and with more cold and less snow, action should pick up more in the coming days.

However, that doesn’t mean everything is safe. Several lakes still had open-water areas last weekend. Although they may appear froze over, not all sections are as safe as others.

“We’re hearing anywhere from unsafe to 4 to 5 inches of ice,” said Brian Hensley of Clear H2o Tackle in Edwardsburg.

Those opinions were echoed at the Tackle Box in North Webster and D&R Sports Center in Kalamazoo.

“It just got solid around here the last night or two,” noted D&R’s Randy VanDam. “It’s making good ice but you still have to be careful.”

All of the shops reported that channels, which are usually the first to ice-over, have been getting the most action. However, anglers are venturing out on smaller lakes that didn’t have a lot of snow covering.

For example, Joe Denton of the Tackle Box said that Lake Tippecanoe froze but last week’s winds opened it back up. His last report noted that the south end had refroze.

“But I’m hearing about as much as 6 inches in some of the area lakes’ channels,” Denton said. “Guys were also getting out on the Wawasee Backwaters.”

Hensley said fishermen were catching a lot of fish but had to sort through them to get good-sized ones.

Denton said he’s hearing of good numbers of big redears and bluegills being caught in his area and one angler caught a 17-inch crappie.

The usual livebaits will catch them, but Hensley said several of his customers have gravitated toward tiny soft plastics.

“It’s a growing trend, and guys tell me they think they get bigger fish on them,” he said. “They’re fishing 4mm tungsten jigs with plastics like the Dark Angel and Silkie.”