Dock Pattern Pays Off for Miller and Rowell at Diamond 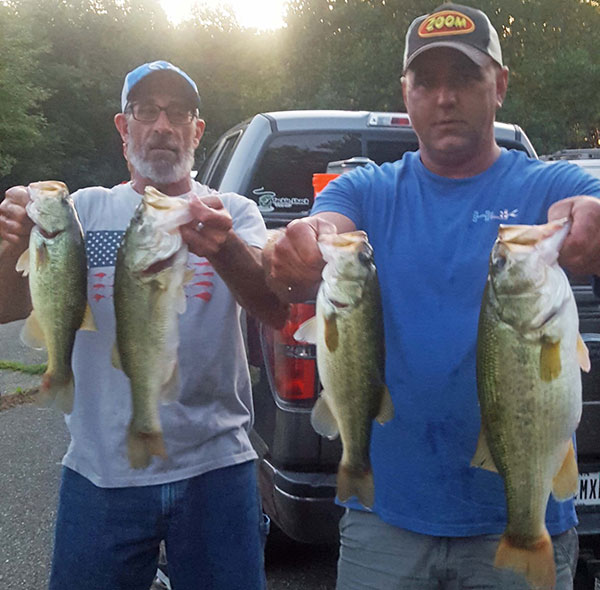 The winners had four largemouth, two of which they caught off the same dock. They fished shallow all evening.

Steve and Amy Martin were second with 8.68 pounds caught by drop-shotting in 30 feet of water. They said they caught two limits that way.

Ryan Hershberger and Nate Nissley were third with 8.42 pounds. They fished tight to shore with topwaters and jigs.

There were 16 boats in the event. The next contest is on the St. Joe at 6 Span access.