KVD: How to Deal with a Mayfly Hatch 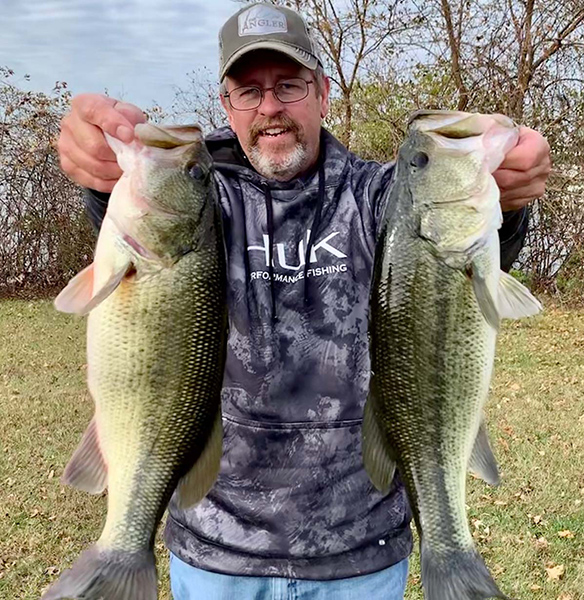 The second stop for the Polar Bear Opens on Wawasee started out with a solid breeze out of the Southwest and temperatures in the mid-20s and anglers battled ice in the rod guides until around 11 o’clock. The day gradually warmed up to about 40 degrees, but that didn’t heat up the fishing for most of the competitors.

There were 10 teams who ventured out on Saturday and most of them could only produce one or two fish and with only two limits being weighed in, but both were solid bags.

Steve Kline took first place with 15.20 pounds that was anchored by the big bass award of a 4.42-pound largemouth, barely beating out his second biggest fish that was in the 4-pound class as well. He reported that he had a mid-morning flurry that lasted about 45 minutes fishing in depths around 20 feet with blade baits. This earned him $225 for first and an additional $50 for big bass. 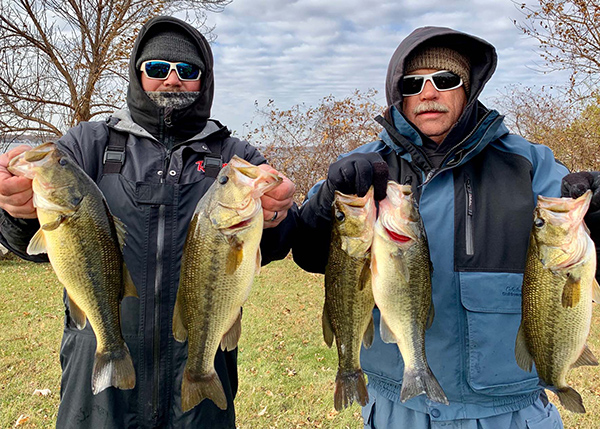 Second place went to father/son duo of Brian and Don Whittaker who produced a solid 10.70-pound limit earning them $125. They reported throwing jigs and plastics on weed lines to produce their limit.

Most of the rest of the field had turned their fish loose rather than taking them to the scales. Jeremy Bunnell and Lee Duracz had three bass that they did not weigh, but were shocked to find out that the 0.42 perch Jeremy had caught early in the day would earn them $50 in the Critter pot award.

Next stop is scheduled for Maxinkuckee next Saturday. The trifecta pot has not been hit yet and is currently at $90.

There is a massive cold front with snow expected for this week. Provided the lake is not iced over and roads are safe the event will continue as planned. Watch the Polar Bear Facebook page for any updates on Friday where a final decision will be made.