All the local big sticks showed up for the Polar Bears’ Saturday event on the St. Joseph River at 6-Span.

In fact, the 18 teams that competed was the 3rd largest turnout in Polar Bear Circuit history.

Winds were light most of the day with periods of sun in the morning and the freezing rain didn’t show up until weigh-in. Temps warmed quickly from the high 20s in the morning to the mid-40s by weigh-in time. Six teams weighed in limits and 10 brought fish to the scales. 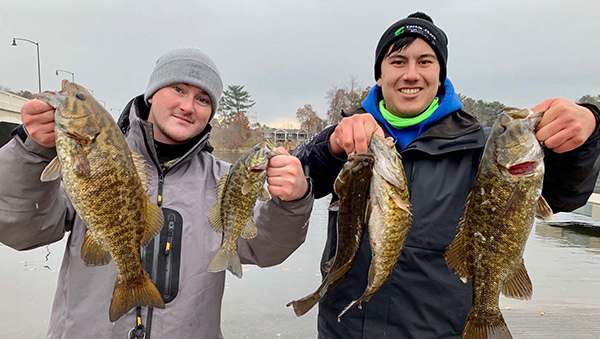 First place went to Trevor Nunemaker and Chase Laughlin with 10.64 pounds that included 4 overs and 1 under limit. They earned $300 for the win. The winners said small plastic baits fished in deep wood allowed them to catch more than 40 fish and that they had flurries of catching 6 or more on consecutive casts. 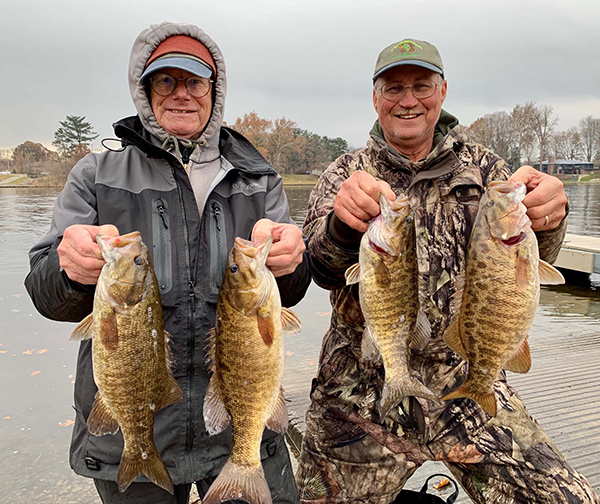 Second place went to local legends Greg Mangus and Kevin Fletcher who were barely squeaked out with their 4 over and 1 under limit that weighed 10.48 pounds. They earned $195. 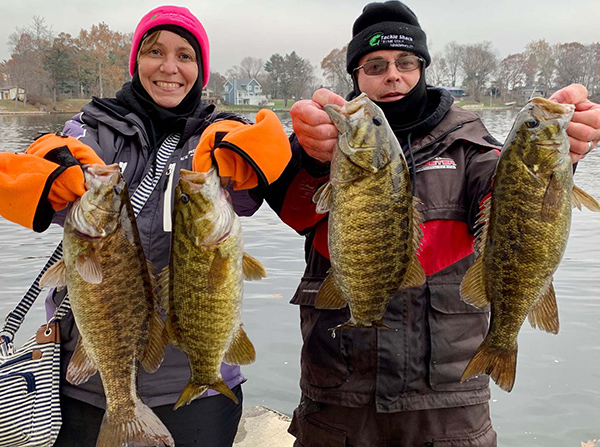 Husband and Wife super duo of Steve and Amy Martin were third with a 10.06-pound limit. They reported dragging Ned rigs in deeper wooded areas as well.

The big bas award went to Jeremy Bunnell and Lee Duracz with a 3.40-pound smallie that Jeremy caught later in the day.

Jeremy also landed a beautiful 8.70-pound pike to win the critter pot. The pike was kept healthy and released. Duracz and Bunnell caught all their fish with blade baits in deeper channel swings.

The trifecta pot still hasn’t been hit and has accumulated $175 heading into Duke’s Bridge tourney Sunday, Dec 1. The final event will be Dec. 8 at Maxinkuckee. If the trifecta pot isn’t won at Duke’s or Maxinkuckee, it will be paid to the highest finisher that brings in a critter at Maxi.