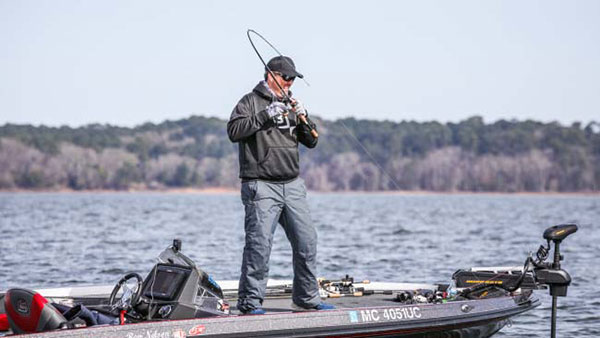 Nelson caught 20 bass that weighed 57-5 and won $19,000, bringing his career FLW winnings in 55 FLW related events to $403,665. This is second season at the high level Tackle Warehouse Pro Circuit.

The reigning Polaris Rookie of the Year found an offshore ledge just south of Cassels-Boykin where he caught fish every cast for hours. As fun as it was, the spot ended up being both a blessing and a curse.

“Once you catch 12 pounds, you need a big bite,” says Nelson, who actually had a different spot he’d start at each morning to catch a quick limit on a shad-colored Keitech Swing Impact FAT on a 1/4-ounce head. “Guys here say you can catch 2-pounders all day and then catch a 7 or an 11 off the same school. So, I’m like, I’ll just keep on having fun and hoping that happens.”

Unfortunately, all Nelson got for his efforts was sore hands from all the 2-pounders he caught. Though, it wasn’t from lack of trying for kickers, as he cycled through numerous presentations in hopes of coaxing a bigger bite. 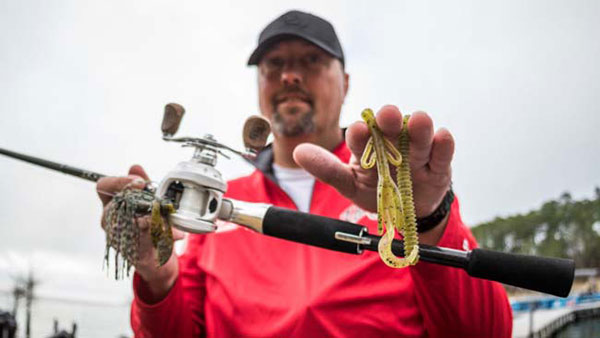 “You’d throw that Carolina rig out and they’d bite right away,” explains Nelson, who put a Zoom Brush Hog or Zoom Double Ringer on his rig. Every time I caught one, the graph would just light up. There’d be 15 following that fish up. I’d throw a spoon down. They’d all leave. I’d try a big swimbait, but they wouldn’t eat that. I’d toss a jig, and they’d barely touch it. But if I threw that rig, it’d be ‘there’s another one; there’s another one.’”

When he got tired of catching cookie cutters, he did have a big-bite pattern that he went to each day, which was punching “topped out, floating hyacinth mixed with other floating grass” in the back of pockets with a Reaction Innovations Sweet Beaver (hematoma). That produced his biggest bites on day one, and he lost a giant on day three doing that.