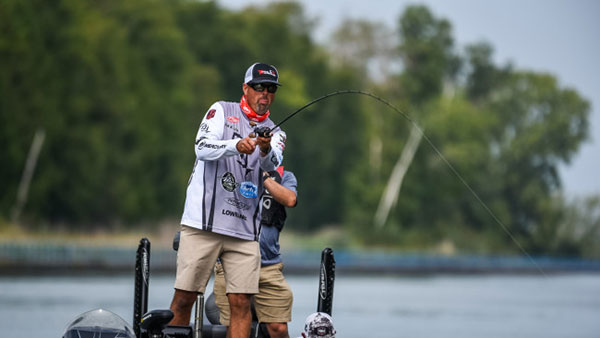 It was believed for years that any angler coming out of Michiana would be handicapped if he pursued a fulltime pro bass fishing career.

After all, our short fishing seasons and small natural lakes are drastically different than the massive southern impoundments where most pros live and the events are held.

But along came Kalamazoo’s Kevin VanDam who proved it could be done and went on to become the most successful pro bass angler in the history of the sport.

Berrien Springs’ Ron Nelson is no Kevin VanDam, but he’s proving that area waters are viable training grounds for someone with enough passion, desire and skills to claw their way to the top.

After winning the FLW Tour Rookie of Year last season, Nelson earned this year’s FLW Angler of Year title. His $94,500 earnings this year pushed his career earnings to $490,165 that includes his minor league earnings since he launched his FLW career in 2013.

And like VanDam, Nelson attributes his Michiana fishing experiences to his success while fishing around the country.

“We have such diverse fisheries, be it rivers like the St. Joseph and Grand River or drowned river mouth lakes like Muskegon as well as clear lakes throughout this region,” he explained. “In addition to bass, I grew up fishing for trout, salmon, and walleye. I learned to adapt to different types conditions, and those experiences have served me well wherever the national events take me.”

Nelson says biggest skill a pro angler needs is an ability to make quick and wise decisions on the water.

“You have to be able to read the water and pick up on the subtle conditions and changes in a body of water,” he explained. “When fishing a spot, you have to decide wisely whether to leave that spot or stay there and grind it out.” 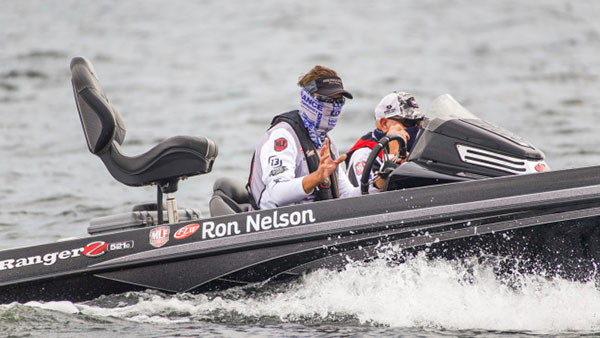 He believes his natural gift of being in tune with those subtleties is one that some anglers lack.

His record backs that up. As a second year pro in 2020, the FLW schedule took him to lakes he had never fished. He finished fifth at Sam Rayburn, Tex., 11th at the Florida Harris Chain, and second at Lake Martin, Ala. before the Covid hit and the circuit was shut down.

“Once we got started again, the schedule and venues changed so I had to regroup,” he said.

At Lake Chickamauga, Tenn. he finished 41st out of 200 anglers and followed that up with a 12th place on the Mississippi River. He locked up the title with a 34th place on Lake Erie.

Fishing foreign water might intimidate some anglers but Nelson embraced it.

“That’s something that I really enjoy – looking for and trying to catch fish on a new lake is like solving a puzzle,” he said. “Every lake has a magic key that unlocks it and I love the process of finding that key. That’s what drives me.”

If you’re highly successful, you can make a living as a pro bass angler. But very few do.

While Nelson’s career earnings are high, so are his expenses. Entry fees last year cost him $32,000 and that doesn’t include travel expenses or a week’s worth of lodging and living expenses.

That should change since he’s quickly proven that his rapid rise to the top is no fluke.

If not, he says he will be fine. 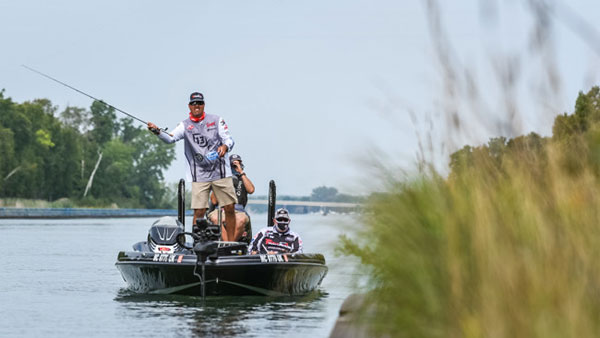 “Pro fishing is a place to pursue happiness if that’s what you really want to do, and I’m super blessed to have that passion,” he said. “I really don’t fish for the money, but the money helps me go fish.”

At age 45, he’s one of the older anglers on the FLW Tour.

“Some young guys gamble and go for broke but I chose to get my family finances in order before I pursued this,” said Nelson, who has been married to his wife Karla for 15 years and owns Ron’s Quality Painting. “It was the right choice for me to wait. I’d like to fish fulltime for another 15 years if I can maintain the energy it takes.”