A blistering wind and temperatures in the 30s delayed any bedding action and played into the hands of pre-spawn anglers in the Michiana Fishing League tournament at Hudson Lake Sunday.

The tournament produced double digit limits among top finishers. The week before, several beds were noted but the cold front left them empty Sunday. 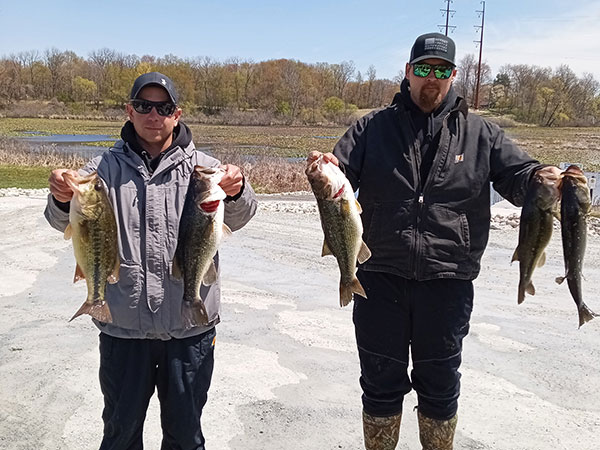 Winners Thomas Bauer and Chris Gambee put together an impressive bag weighing 15.96 pounds including the Pig Plucker Big Bass Award with a 3.85 kicker. They caught their fish on Pig Plucker swim jigs and tubes on a grass line in four feet of water. 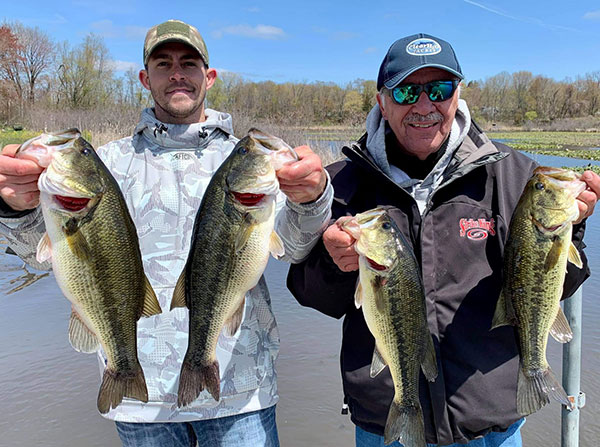 Jeremy Bunnell and Louie Stout were second with 14.94 pounds caught on Ned rigs, jigs and drop-shot rigs. They fished grass patches in 5-7 feet of water and weeds on a breakline in 10 feet of water. 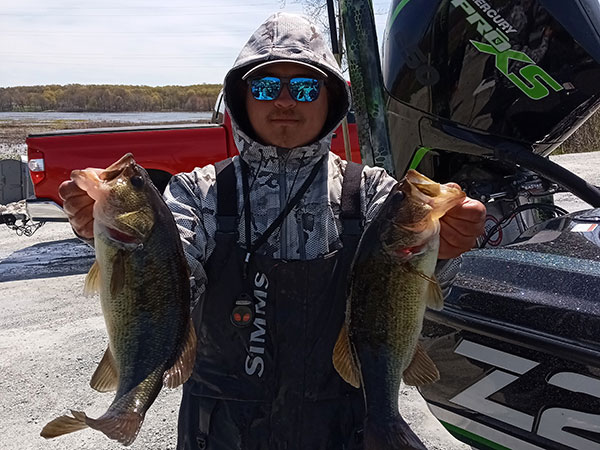 Kasey Conklin and Cameron Mead were fourth with 8.24 while Derek Kelley and Devon were fifth with 6.80 pounds.