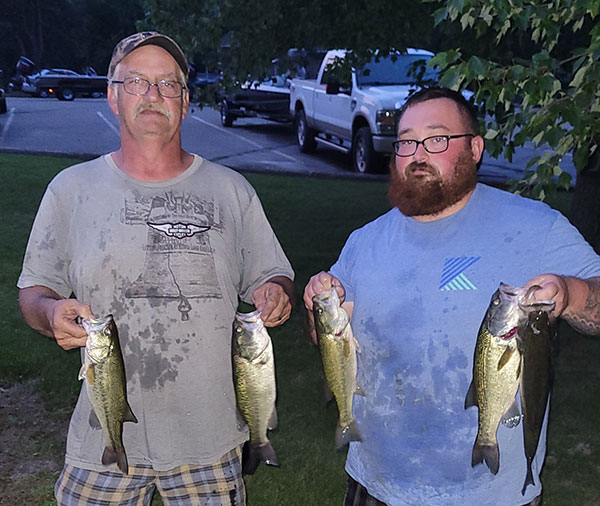 The father –and-son duo of Robert and Jonathan Ward took first place with a limit weighing 8.40 pounds. They caught their fish on red watermelon trick worms while drop shotting in 6-8 feet of water. 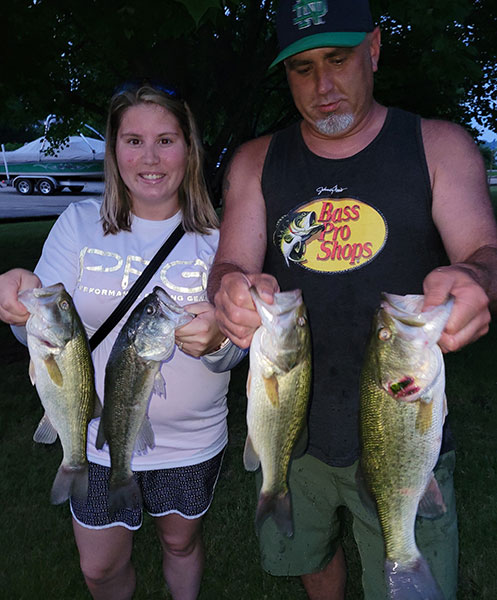 The father/daughter power duo of John and Ashley Miller continued their second-place streak for the third week in a row, bringing in a limit weighing in at 8.30 pounds. They threw jigs around docks. 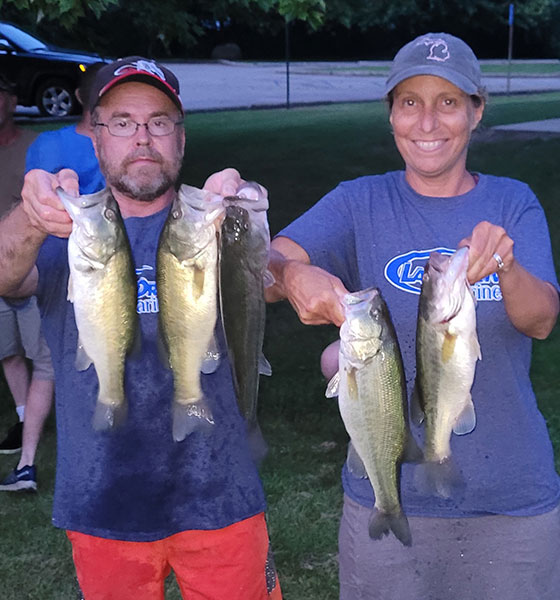 The husband and wife team of Steve and Amy Martin were third with an 8.20-pound limit caught on drop-shot rigs and jigs in 15 feet of water. 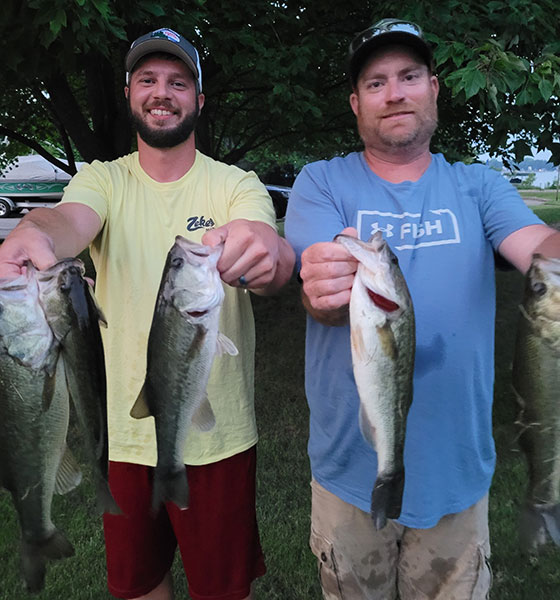 Jared Yoder and David Ringler took the fourth with a 7.36-pound limit caught on drop-shot rigs around weed edges on main lake points in 20 feet of water. 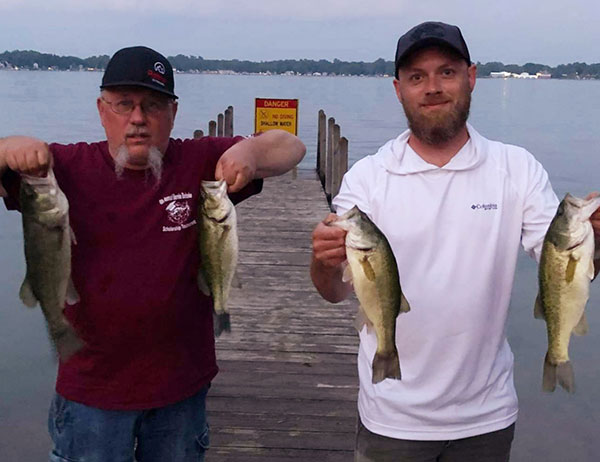 Wednesday night’s tournament will be at Klinger Lake and will run from 5:30-8:30.