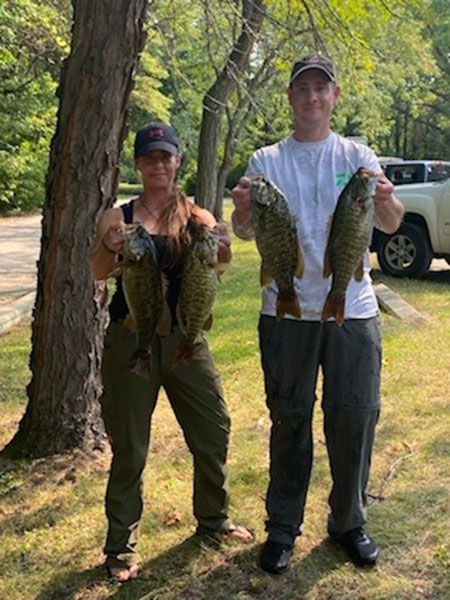 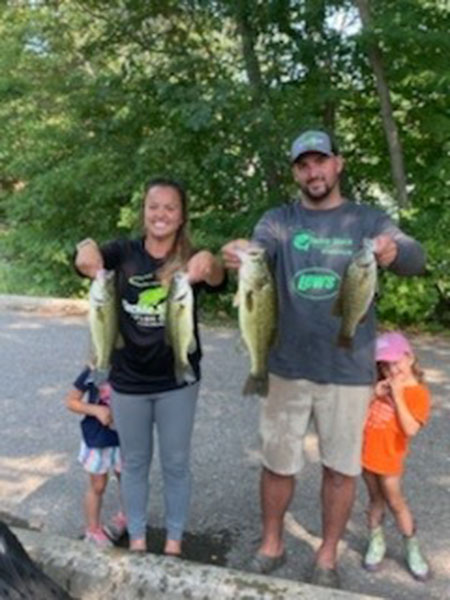 Nate and Alyssa Yoder (Bristol, IN.) had a limit totaling 11.48 for second place ($110).  The Yoders also took home big bass honors with a 4.23-pound largemouth caught in the last 15 minutes of the tournament to earn an extra $55.  They caught their fish off of docks and the edge of the break. 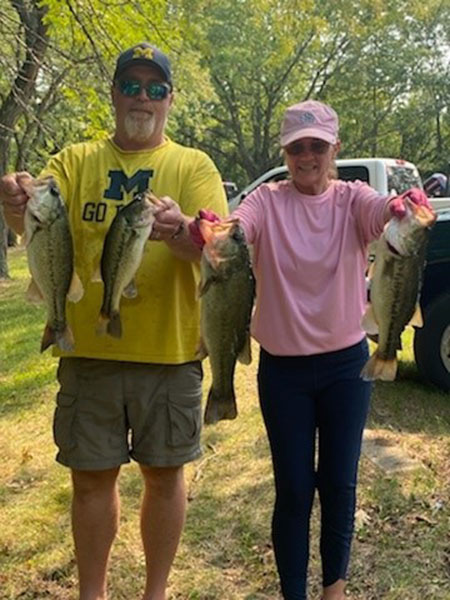 Scott and Patty Smith (Sturgis, MI.) had four keeper totaling 9.81 for third ( $60).  The Smiths worked the shallows with Butcher Bait worms to catch their fish. 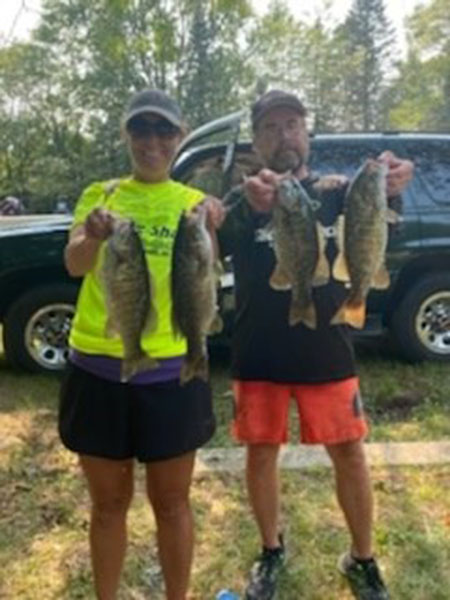