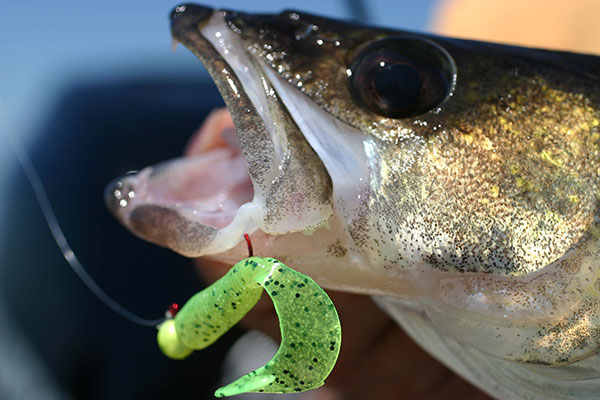 All of those walleye stockings that the Indiana DNR has done the last couple of years appear to be yielding fair to good results.

Biologists spent last fall revisiting stocked rivers and lakes to shock around the shorelines in search of yearling fish and to evaluate the fishery.

Here’s a look at what they found:

Biologist Matt Horsley spent two hours electro-shocking, beginning at Baugo Bay in Mishawaka and worked down to the Twin Branch Dam, alternating shorelines every 15 minutes. Those are areas where fish are stocked every other year.

“We saw a slight increase (compared to previous stockings) of one-year-olds, but that’s probably because we stocked more fish than normal in 2019,” he said. “Growth seems to be fairly average, with one year olds running about 11½ inches and two year olds about 13½ inches.”

Horsely said some fish can make it to the legal size of 16 inches by the end of the second year and certainly by the third year. The biggest fish he got was around 21 inches, estimated to be a four- or five-year old fish. His crew only captured 8 legal size fish.

Crooked has been one of the state’s hottest walleye fisheries. Horsley said he’s hearing of anglers catching upwards of 70 fish at night through the ice, but they have to sort through small ones to catch keeper.

“We’ve been getting lots of reports the past year of guys hammering the fish so we thought there might be some natural reproduction, but we didn’t capture any young-of-year fish,” he said. “We did get a lot of age 1 fish (that were stocked).”

His crew shocked the entire perimeter of the lake in four hours over two nights. They turned up a number of walleyes, but not many keepers. The biggest was 19 inches.

Keep in mind, however, that the shock leads that drag in the water ahead of the electro-fishing boat are only effective to about 5 or 6 feet. Any fish below that likely aren’t susceptible to being captured.

The fishery, which gets 8,000 walleyes stocked each year, looked good, he said.

Clear Lake is a popular fishing lake that gets stocked with large fall fingerlings one year and smaller, summer fingerlings the next year.

Not surprisingly, the larger fall fingerlings show much better survival. They are less apt to get eaten by other predators.

“We got fish up to 22½ inches and there are a lot of walleyes in that lake,” Horsley said. “However, it’s not an easy lake to learn.”
Wall Lake (LaGrange County)

The 141-acre lake has been stocked with walleyes since the mid-2000s.

“It’s had a problem with stunted bluegill so we put walleyes in there to increase the predator base and it’s created a walleye fishery and a bluegill fishery,” Horsley said. “People tell us they are getting larger bluegill now.”

However, the DNR learned that feeding walleyes pellet food while they are in the hatchery may not be a good idea. Survival of those fish was down whereas a supplemental stocking of minnow-fed fish appear to be doing fine in Wall. Although the biologists turned up fish up to 18 inches, the age 1 fish numbers were low compared to other lakes.

“It will be stocked with fall larger fingerlings this year,” Horsley said.